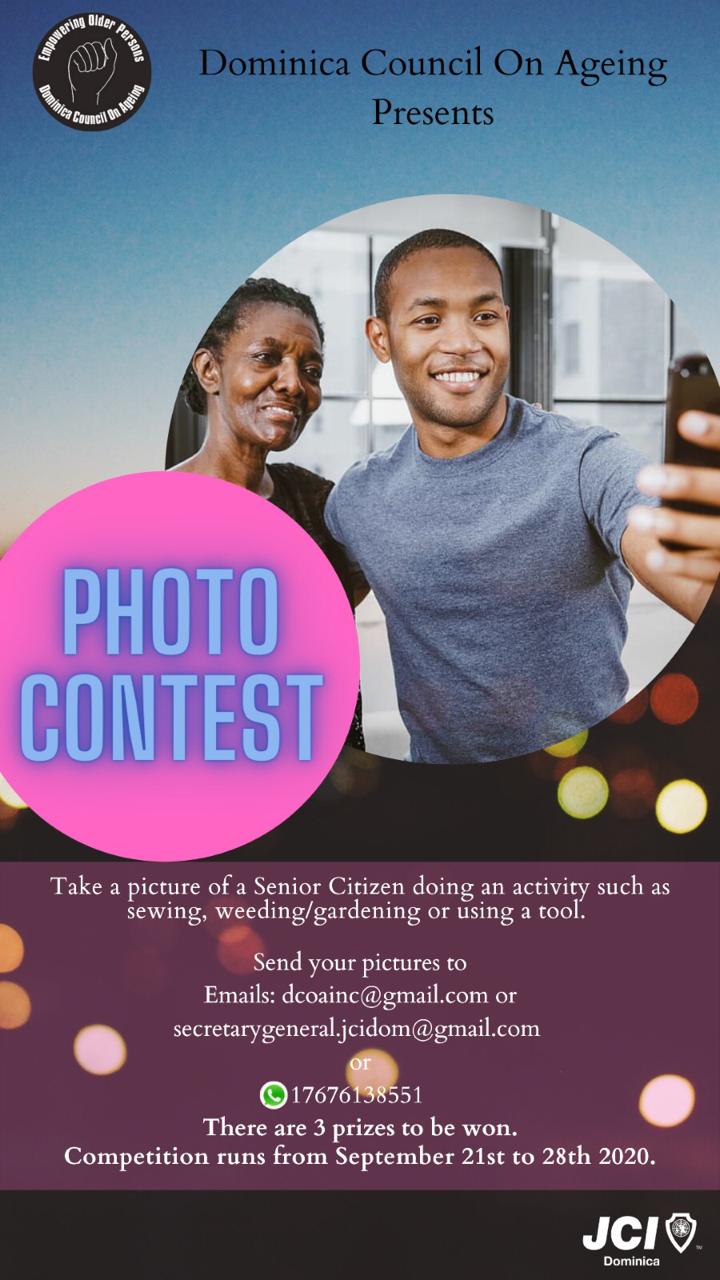 The Dominica Council on Ageing (DCOA) is holding a photograph competition to commemorate month of the elderly. The Competition begins on September 21st and ends September 28th and the winners will be announced on the 30th.
The picture with the most likes wins. persons can begin sending in the photographs to the DCOA email address dcoainc@gmail.com or via whatsapp on 1-767-613-8551.
Persons should include a contact number and name upon entry.
Concept/criteria
The concept of the competition is for someone to take a picture of a Centenarian or a Senior Citizen doing an activity out of the ordinary for example: using a hammer, weeding the garden, using a shovel etc.
This as a result will showcase that our Senior Citizens may be of age but are still very able to do a lot of things that society believes they are unable or too old to still do.
Prizes to be won include:
Staycation at Chez Ophelia
Dinner  for two and much more.
Recap
Start Date: 21st September 2020
Deadline: 28th September 2020
Winners will be announced on 30th September 2020
Email: docainc@gmail.com or whatsapp at 1-767-613-8551 to make your submissions