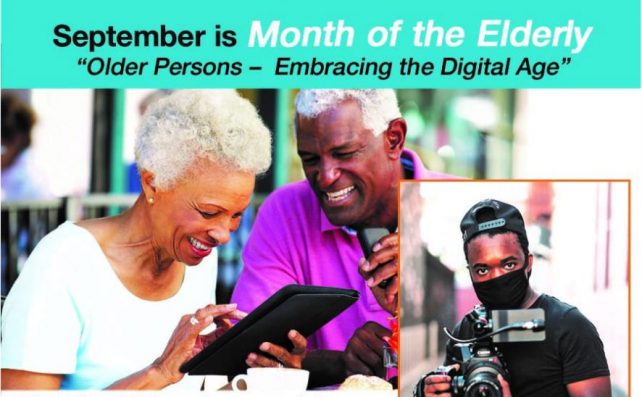 In a world that is rapidly being transformed by the accelerated advancement of digital technologies, the President of the Dominica Council On Ageing (DCOA) has sounded a call to the public to assist in empowering older people to make use of these technologies.

For the past 17 years since the month of September was gazetted by the Government of Dominica as month of the elderly, the DCOA has remained committed in its efforts to the place seniors at the forefront.

This year’s theme “Older Persons Embracing the Digital Age” was inspired by the United Nations theme for the International Day of Older Persons (October 1), “Digital Equity for All Ages”.

Speaking to Dominica News Online (DNO), President of the DCOA, Ophelia Olivaccé-Marie, said the council is seeking to ascertain the ability of its members to use technology as older persons express their determination to be included in the current digital age.

She said due to the COVID-19 pandemic, this year’s month of the elderly will be celebrated with the use of traditional and social media.

According to Olivaccé-Marie, their introduction to digital apps, has proven to be a better coping mechanism for the seniors during this time as it helps them in overcoming  the feeling of being isolated.

“We would like people to encourage and include older persons and not pack them in a corner even if we ask them to stay home,” The DCOA president stated. “Send a message; call them and don’t ask them to buy a smartphone only for you to use, but teach them how to use their WhatsApp and how to use Facebook and Face Time so that life becomes nicer and easier and also current for them too.”

She urged family members and caregivers of  senior citizens to have patience with them during the learning process.

“They may take time to learn but don’t embarrass them or yell after them but take your time and show them how to do those things. This is the new age of technology and it’s not only for the younger generation but for the older ones and they deserve to know how to use these things. They are the ones on whose foundation we are building,” Olivaccé-Marie remarked.

Meanwhile, as it relates to the current pandemic and its impact on the seniors, Mrs. Olivaccé-Marie deemed it “unfortunate” that they are leading in deaths. This, as five of the six people who have so far succumbed to the virus in Dominica were seniors, the latest victims being a 95-year-old woman and a 93 year-old man who died between the 2nd and the 5th of September.

“We appeal to the seniors to continue to remain careful and to wear their mask. From the onset of the pandemic, that was something we, at DCOA, taught them; [that] is how to wear their mask properly and washing and sanitizing their hands,” she stated.

Acknowledging the vulnerability of the elderly, Olivaccé-Marie noted that some seniors still work and they are more mobile, “so we encourage them to be careful and remain safe and try their best to follow all the protocols.”

On the issue of vaccination, the DCOA President said the council has left that decision to the seniors and their families but has encouraged them to speak to their health care practitioners for more information on what best suits them.

“They’re adults and we treat them as adults; they’re not babies and we have to give them an opportunity to express themselves, particularly when those things are directly related to them,” she opined.

Events carded for the month include senior tip day which will be a daily inspirational message from an elderly person and grandparents day to feature tributes by grandchildren to their grandparents. For grandparents day, Olivaccé-Marie revealed that the council is accepting video submission of “you, just saying something nice about your grandparent for no more than two minutes.”

There will also be an essay competition for children between the ages of 10 and 15 on the topic, “How can a younger person assist older persons in better accessing digital activities?”

Other aspects of the programme for Month of the Elderly are a video competition in which people are asked to film an older person engaged in an activity which involves the use of digital technology, the observance of Centenarians Day in Dominica, September 23, with a focus on centenarians, a panel discussion as well as a virtual concert for the seniors, plans for which are being finalized by the DCOA.