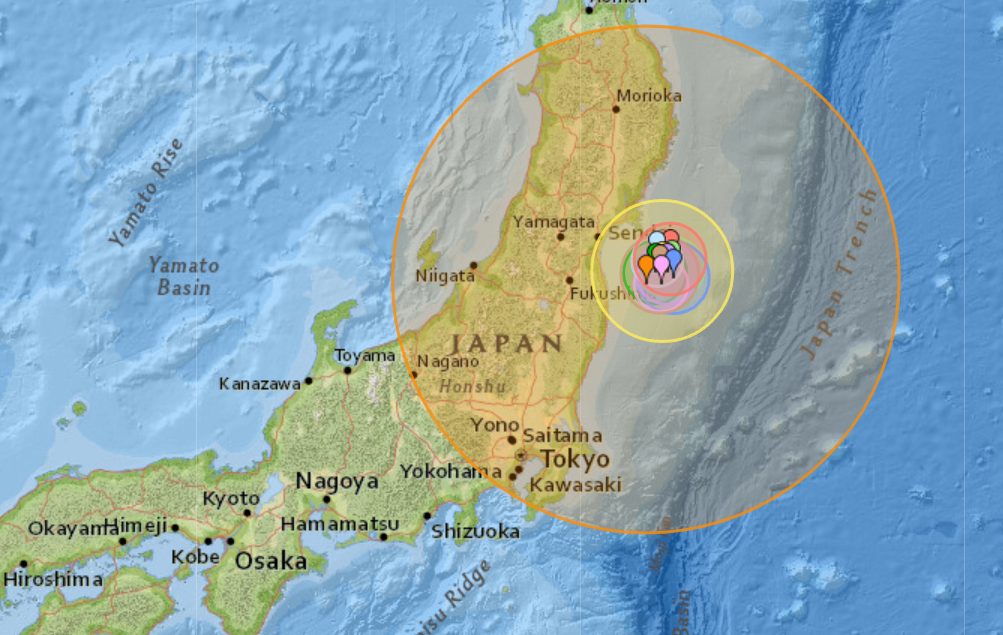 When the 7.4 magnitude earthquake hit Japan on Wednesday evening millions of homes lost power, hundreds of people were injured and at least 4 people died.

The quake that was originally designated as a 7.3 but was subsequently upgraded to a 7.4 magnitude quake. A tsunami advisory was issued shortly after the seismic event for the Fukushima and Miyagi prefectures and then eventually lifted, but not before an 8 inch tsunami hit the Miyagi prefecture.

Fukushima was the sight of the 2011 earthquake and tsunami that killed nearly 20,000 by official count and caused the worst nuclear disaster in history since Chernobyl.