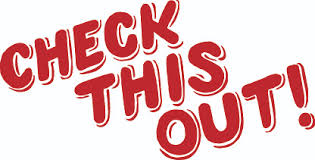 In this feature, we highlight an extraordinary item in the news, on social media or that has otherwise been brought to our attention and ask you to check it out!

A man born with no limbs, who took up break dancing as a way of making friends, discovered he not only had a gift for it but that it could inspire others.

In Gabe’s case none of his limbs grew at all. Adopted by American parents Janelle and Ron Adams, Gabe was brought to the US as a baby and grew up with his 13 siblings in Kaysville, Utah.

From a young age, Gabe started using a wheelchair but parents Ron and Janelle were determined that their son would be as independent as possible, pushing Gabe to learn to move independently of his wheelchair.

At school, he tried out for the dance team as a way of making friends and discovered that he could use his limbless body to his advantage in the art of break dancing.

After graduating from high school, Gabe has continued to prove his independence, moving out of the family home and embarking on a career as a motivational speaker.