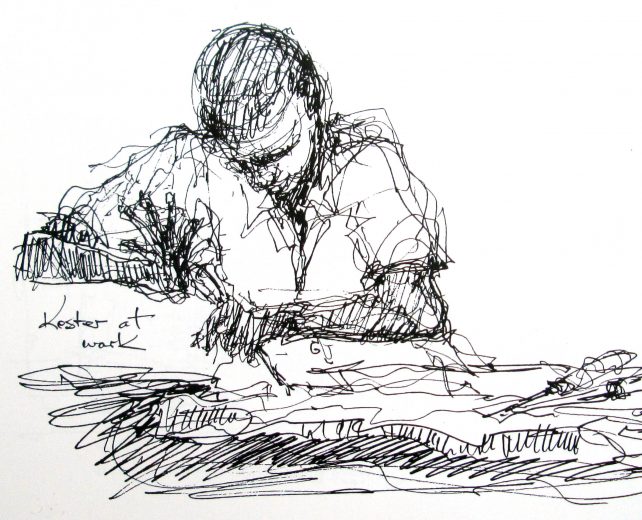 There can be nowhere in the world better placed than Dominica to benefit from the new ways of living, working and learning that will immerge in the aftermath of the COVID-19 Pandemic. As an island rich in natural resources we can come close to the state of self-sufficiency that I mentioned in an earlier commentary*. What we lacked until now was a wake-up call.

Already we are seeing the truth of the saying, “necessity is the mother of invention”. To overcome the shortage of imported face masks, seamstresses have been busy filling the void in their own creative way. Rather than you driving into town to shop, the shop is coming to the customer. The internet is proving its potential in terms of an on-line resource for education and for facilitating working from home. I can foresee a change in qualification priorities: there will be a revival of practical creative skills as against careers at the office desk.

Rather than finding myself at a loose end and frustrated, the present restrictions have helped to stimulate my work in the creative arts. My studio and craft workshops are downstairs and hence my work is at hand anytime night or day.  Instead of importing expensive art paper, I make my own from the resources that grow outside my studio door. From the same natural fibres I have developed new sculptural materials and techniques. The only restraint imposed upon my work has been the absence of models for the paintings and sculptures in my series Daughters of the Caribbean Sun.

Up to the advent of the Corona Virus, regular followers of my blog sculpturestudiodominica.blogspot.com were artists and art students – at the last count from seventy-two countries around the world. Now my audience has increased dramatically in terms of general interest, thus indicating that art has a creative and therapeutic role to play in these difficult times. My daily postings of work in progress have begun to attract more Dominican followers. It is this local surge of interest that has led me to create a new initiative, or rather, to re-invent an earlier one.

When I relocated my studio to Dominica fifteen years ago, my intention was to hand down the creative skills acquired in a lifetime to a new generation of artists. But my attempts to introduce a one year foundation course in the Visual Arts for school leavers and college students never caught on, even though there is no such course of study available at the State College or elsewhere. However, times have changed.

I am now in the process of re-launching the course, but this time around with a greater emphasis on creativity in general. It will be modelled in the direction that most colleges are taking following the fallout from COVID-19. The course will comprise of two mandatory half day face-to-face studio sessions each week with the rest on-line. The visual arts, better than any other course of study, lend themselves to this approach. Every major art gallery in the world has its collection on line. But my concept of creativity isn’t limited to painting pictures. My work as an inventive engineer is equally innovative.

Those who have attended my ad hoc workshops know that my approach to teaching is radically different to the norm. In essence it is a passionate creative interchange. To this end I welcome expressions of interest from students willing to accept the challenge of releasing their own creative potential.

The title illustration is taken from my book Caribbean Sketches and shows Kester at work in the days when Louis Desiré taught young Dominicans the art of woodcarving at the Old Mill.