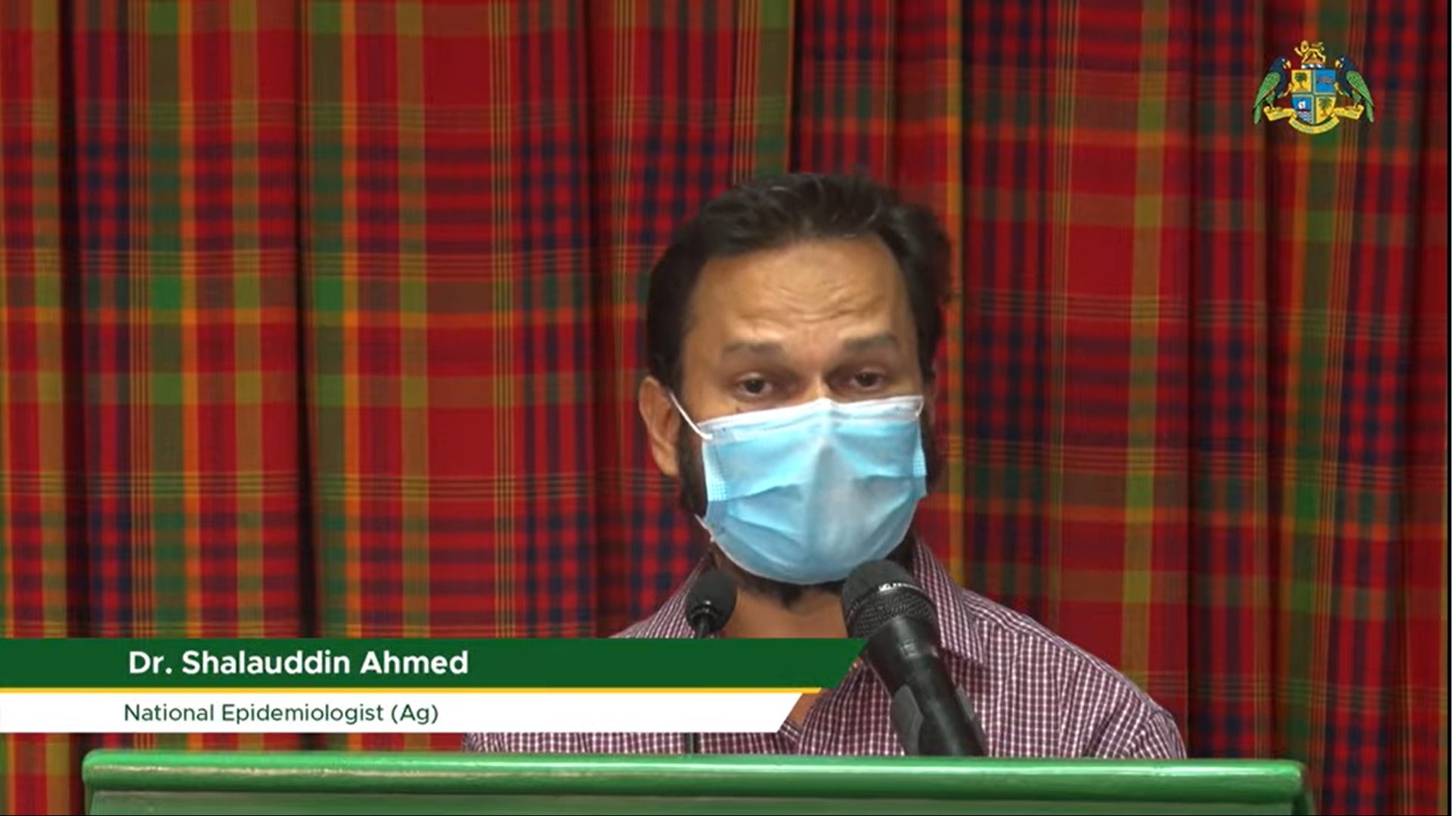 Dr. Shallaudin Ahmed just announced (on 6th November 2020) via a live Ministry of Health press briefing that Dominica’s active COVID-19 cases are now at 28 which brings the total number of confirmed cases to 63.

Ahmed explained that 2 more cases were confirmed via pcr testing in the Mahaut-Jimmit cluster which brings the total number of confirmed cases in that cluster to 21.

A total of 239 contacts were traced and tested in the Mahaut-Jimmit area with 219 testing negative and 20 testing positive.

Four more individuals tested positive from the visitors’ group who were all quarantined on arrival. All primary contacts of those 4 cases have tested negative.

With the 2 positive cases from the Mahaut-Jimmit area, this means Dominica has 6 new active cases since the last official count.

Random community testing is ongoing. Testing has been completed in 4 of the 7 identified health districts.

DNO will provide additional information as it becomes available.