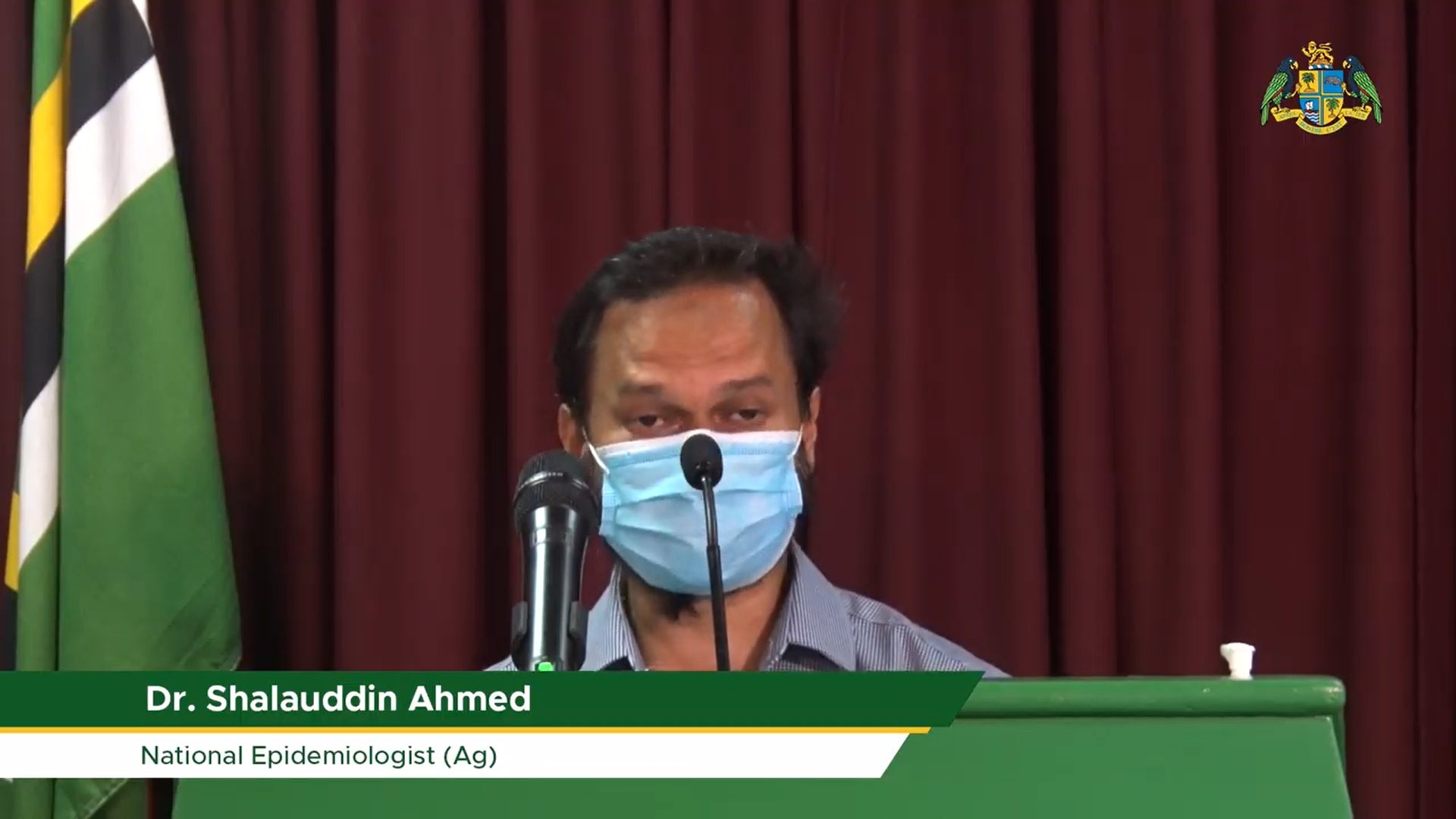 Dr. Shallaudin Ahmed, National Epidemiologist, has announced via a live broadcast this evening that Dominica has confirmed two more active cases of COVID-19.

The two new cases, as with the other 4 recently confirmed cases of COVID-19, have all been imported.

The latest positive cases are of a 59-year-old female and a 35-year-old male. Dr. Ahmed said that both were asymptomatic.

The two infected individuals have been in isolation since September 5th when they both tested positive after undergoing rapid tests on arrival and their test results were subsequently confirmed via PCR testing.