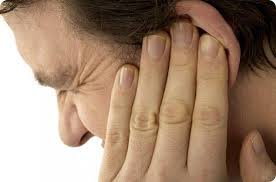 This is an Open letter to the Honourable Prime Minister, Roosevelt Skerrit, the Honourable Minister of Health, Julius Timothy, and Commissioner of Police, Daniel Carbon.

Noise kills. Therefore, it is imperative that you take the necessary steps to kill the growing nuisance of noise that is an assault on the minds and well-being of decent law abiding citizens of our beautiful island. Noise is a destructive force. It is mental abuse or mental violence that destroys lives. Children, whose developing brains are being traumatized by noise, the elderly, the sick, in other words, the most vulnerable in our society, are amongst those whose lives are being ruined by the menace of noise. There is a wealth of research that underlines the damaging effects of noise. Noise generates high levels of stress which affects our psychological and emotional well-being, our physical health, spiritual and educational development, social relations, and the economy. Doctors are now beginning to recognise and appreciate the harmful effects of stress on every facet of human growth and development.

Apart from the obvious sleep disturbance and hearing impairment, repeated exposure to excessive noise affects the heart and circulatory system, producing hypertension, heart disease and stroke; the immune system, lowering the body’s ability to fight infections; mental health, creating depression, anxiety and aggressive behaviour; childhood and cognitive development, disrupting the, “body’s natural rhythms causing sluggishness, poor concentration, depressed mood and irritability”, as well as hyperactivity; productivity in the work place and by extension the economy. Excessive noise has adverse effects on the developing foetus in the womb with long term consequences on the child’s mental and physical well-being. Yet, sadly, many view this increasing threat to our society, our health and well-being as “normal” and acceptable.

Two examples of the research evidence will suffice to demonstrate the destructive effects of noise. According to the World Health Organisation (WHO):
“Excessive noise seriously harms human health-interferes with people’s daily activities, at school, at work, at home and during leisure time. It can disturb sleep, cause cardiovascular and psychophysiological effects, reduce performance and provoke annoyance responses and changes in social behaviour”.
Dr Gail Gross, in the Huffington Post, suggests that stress has harmful effects on foetal growth in the womb, with negative results for brain as well as cognitive development.

Furthermore Dr Gross writes:
“…a mother’s stress can affect her baby permanently. For example, a receptor for stress hormones can cause a biological change in the fetus, which makes it more vulnerable to stress after birth. This links with hyperactive disorders. Also, a correlation to stress in the womb can lead to later auto-immune problems”.
Clearly noise puts an enormous burden on the healthcare system and other state and social structures of a nation. But the noise referred to here has potentially greater health and related risks for Dominicans because of its association with rum shops, a sewo, loudspeaker culture and the consumption of alcohol and drug abuse. What is more children are being socialised into the noise and sewo, loudspeaker culture with its related health risks, thus storing future health problems for themselves, for an already overburdened healthcare system and for society on a whole. Research shows that chronic non-communicable diseases, including hypertension and heart disease are the leading causes of mortality in Dominica. Mental health is a growing concern, as is alcoholism, drug abuse and aggressive behaviour, particularly amongst the young.

Given the destructive effects of noise on every aspect of our lives and the related state of health in Dominica, the people responsible for our well-being and the welfare of our children (the ministers for health and education, healthcare professionals and child welfare workers) have been neglectful and irresponsible. They have remained mute about the ill effects of noise on human growth and development and on the citizens of this beautiful island. They have shown no sympathy, no compassion for the harmful effects of noise on the most vulnerable members of our community who are subjected to mental violence in the sacred space, the sanctuary that is their home, by a minority who show no regard for the law or their neighbours.

I appeal to you Prime Minister, to Minister Julius Timothy and Commissioner Carbon to take the appropriate and necessary steps to end the culture of noise that has developed across this beautiful island from loudspeakers blaring music at all hours of the day and night which is damaging the quality of life of a large section of the population, many of whom, as I have already suggested, are the most defenceless members of our society, who are exposed to this mental violence in their house, their haven of peace, which is made worse by the fact that there is no recourse to the law. No citizen should have to endure such mental abuse, such violence to their mental state in a society that prides itself on its deep seated Christian values.

As the Minister of Health and the minister responsible for applying the orders in the Noise Abatement Act I do not need to remind you, Minister Timothy, of the detrimental effects of noise on health and other areas related to human growth and development. Noise from the house you allegedly own in Mero which plays loud music from early evening until late morning is morally and legally indefensible. For such things to be taking place in an establishment belonging to a minister and the Minister of Health responsible for putting into effect the orders of The Noise Abatement Act cannot be justified morally or legally.

As someone who has recently experienced a crippling, life-threatening illness, which can be induced by noise, I encourage you to take a moral stance and defend and enforce the law.

I also ask you Commissioner Carbon to defend and enforce the law. Granting people permission to have “jams” in residential areas such as Mero that are clearly unsuitable for such events, events that have no end time, that transforms the inside of a person’s house into a discotheque of distress, that all right thinking people should denounce as unjust is, from a moral and Christian perspective, wrong. It is also an infringement of the orders of The Noise Abatement Act.
Noise is averse to the peaceful, moral and Christian values and principles that underpins this nation and which forms the cornerstone of the constitution, and is incompatible with the ideals of a “nature isle”, with the tourism product, promoted as the flagship of the economy, and a vision of a healthy, peaceful and productive nation. Allowing this culture of noise to continue unchecked will produce a dysfunctional, unproductive society and an environment of unnecessary pain and suffering for decent law abiding citizens.

The petition placed on Dominica News online (see, “Taking Aim at Noise Pollution”, and follow the link) calls for an amendment of The Noise Abatement Act and an enforcement of the law to create a healthier and more peaceful environment where the law and people’s rights are respected. By taking the appropriate and necessary steps, you, Prime Minister, Minister Julius Timothy and Commissioner Carbon, can stop the noise and grant the law abiding citizens of this land the right to live in their home in peace and quiet and to sleep when the need arises.