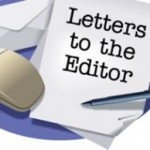 Please allow me to use your distinguished medium to make an appeal to DOMLEC to fix their so-called ‘smart meter’ system.

That system susposedly allows you to buy elecricity at various outlets and the credit is sent to the meter. Then DOMLEC alerts you of the electricity you bought via text to your telephone and the balance on the meter. The system is supposed to alert you when your elecriticity is low and your meter is liable for disconnection.

However, that system has proven to be inconsistent (at least for me) for a company like DOMLEC and for a person like me who depends on the information from the company.

Recently I arrived home to realize I had no elecricity. I never recieved any alert from DOMLEC that my elecricity was running low.

Fearing disconnection, couple of days later I texted the DOMLEC system for my balance. I never received response. I continued for couple more days with no response.

On March 23, I received a text from DOMLEC saying that due to technical difficulties my meter has not been read for four days and I should add credit to prevent disconnection.

That very same day (March 23) I texted the system for my balance and recieved a response saying I had $44.78 on the account. Breathing a sigh of relief, I went my merry way.

However, on March 24 (the very next day), I was shocked to recieve a text from DOMLEC which said my balance is now -$9.07, meaning I was owing DOMELC nine bucks, and I was about to be disconnected.

Surprised I texted the system and got a response that I had $0.00 on the account.

I am extremely disappointed in that system and I hope that DOMLEC does something to make it more efficient.