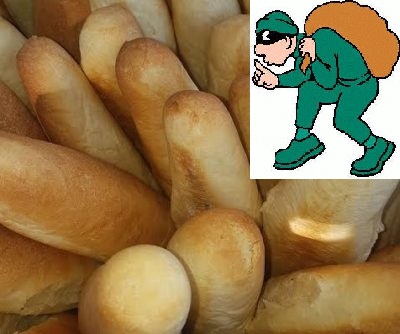 Local businessman Herbert “Sukie” Winston has expressed his utter dissatisfaction with the court’s ruling in a case against his former employee who stole over 1000 loaves of bread from his establishment.

Haitian national, Ricardo Guy who resides in Kingshill appeared before the Roseau Magistrate court recently where he pleaded guilty to the charge of theft.

Based on information from the police, the matter arose when management of the said establishment noticed several irregularities with Guy’s distribution and served him with a copy of a dismissal letter.

A new driver was assigned to his route and later reported that someone who was not on their distribution list had inquired about bread for sale.

The matter was investigated by management and upon conclusion it was determined that Guy was delivering bread to a particular individual for three months, pocketing the funds from his transaction without the knowledge and authorisation of management of Sukie’s Enterprises.

The matter was reported to the police on October 5, 2021, and an invoice with the amount of bread not accounted for was presented as proof.

The police commenced their investigation and following an extensive search for Guy, he was later found on December 8, 2021, and subsequently charged.

At his court hearing, presiding Magistrate Hansel Valarie took into consideration his guilty plea and the fact that he was a first time offender.

Following the ruling, Winston who spoke to Dominica News Online (DNO) said the court was too lenient in its judgement.

He stated that while he is sympathetic to the plight of non-national and provides them with employment, he was saddened that his employee whom he trusted had started a “bread cartel” against him, depriving him of his money.

“This thing went on for more than three months from what I was later informed. So I lost way more than $1,400.00. He was selling bread to another Haitian shop owner in Bath Estate and maybe that was not the only person who he was running his trade with on my product.”

Winston insisted that in handing its judgement, the court did not take into consideration the labour of his employees and ingredients, the fuel consumed by Guy in committing the offense as he was using the company’s vehicle or the amount of money pocketed for what he says was over a 3 month period.

“The court has shown a level of great injustice to me. This man was selling my bread as his side hustle but rather than imposing a forthwith fine, he is given four months to pay a small fine which he probably made more than double of.”

“He should have paid me my money immediately or he should be sitting in jail,” Winston averred.

The businessman sounded an appeal to the court to impose more stringent penalties against employees who steal from their employers to deter future offenders.