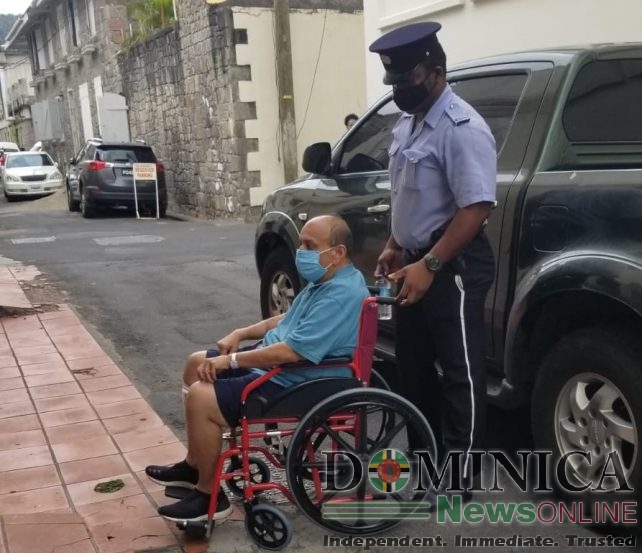 The freedom of an alleged Indian fugitive who arrived in Dominica under mysterious circumstances, Mehul Choksi, is in the hands of High court Judge, Wynante Adrien-Roberts, who has adjourned a bail application hearing for Choksi to June 11, 2021.

The bail application in the High court which was heard via zoom this morning, was filed by the the diamantaire’s local attorneys, Julien Prevost, Wayne Norde, Wayne Marsh and Cara Shillingford-Marsh.

According to information from the court, the acting Director of Public Prosecution (DPP), Sherma Dalrymple, strongly opposed bail whilst the prisoner’s attorney argued that this would be in their client’s best interest.

Following arguments by both sides, the matter was adjourned to June 11,  when the Judge will rule on certain submissions and hand down her decision.

The application for bail arrived in the High court following Choksi’s not guilty plea to the charge of illegal entry at the Magistrate court where the Chief Magistrate, despite objections from Choksi’s attorney, Wayne Norde, had accepted the DPP’s submissions that Choksi is a flight risk and has pending court proceedings and an Interpol Red Notice issued against him and denied bail.

Norde had responded by arguing that his client’s health condition, the Interpol Red Notice and the court proceedings would compel him to not leave Dominica.

Citing Section 4 of the new bail Act, he also asserted his client’s right to bail unless the offence is of a serious nature and recommended that the court impose stringent bail conditions and set a bail sum in the amount of EC$10,000.00 which is double the maximum penalty for illegal entry.

However, Chief Magistrate Candia Carrette-George, after listening to the submissions from both sides, agreed with the prosecution and denied Choksi bail, saying she was not convinced that he will stay in Dominica during the trial considering the “severity” of the circumstances.