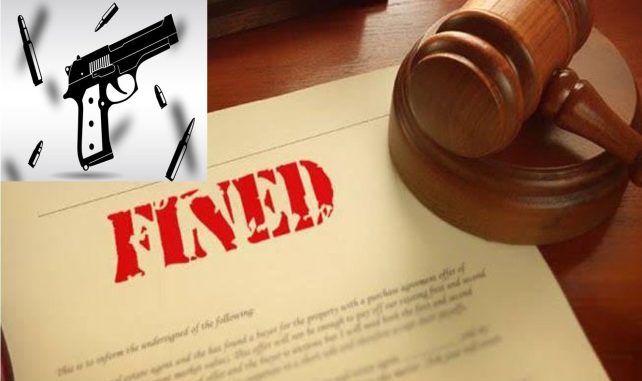 A Castle Bruce man is now on a five year suspended jail sentence and also owes the court $7,500.00 following his guilty plea to possession of firearms and ammunition.

During an operation by the police on March 16, 2022, at Kingshill, Shermanie Graham of Castle Bruce was arrested and later charged for being in possession of an illegal firearm and 12 rounds of ammunition.

Graham appeared before the Roseau Magistrate court on March 21, 2022, where the charge was read to him which pleaded guilty to.

The facts of the case were then presented to the court following which a fine the aforementioned fine was imposed upon him for illegal possession of a firearm.

For the charge of  possession of ammunition Graham was sentenced to one year in prison which was then suspended by the Magistrate for five years.

Meantime, head of the Criminal Investigation Department (CID), Assistant Superintendent of Police, Belgrove Charles said that the  Commonwealth of Dominica Police Force (CDPF) will continue its crime fighting and prevention strategy, as his department and other units have bolstered efforts in a continuous drive to remove illegal fire and ammunition off the streets and communities.