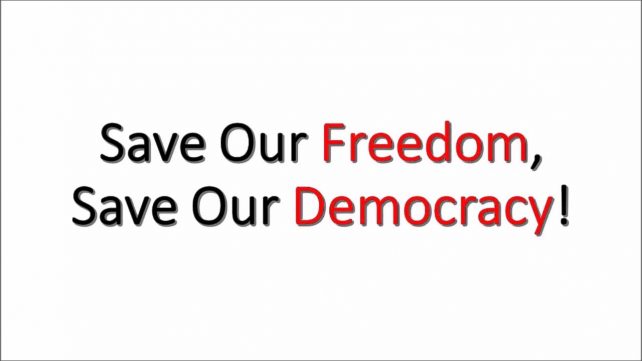 Dominicans will go to the polls on December 6, 2019, with the will and the need to save the nation. But will the votes of Dominicans actually count?

The people will cast their votes in the face of an incumbent Government which has demonstrated that it will circumvent Dominican law, spurn public outrage, and defy the recommendations of the international community in order to stay in office.

The Commonwealth Dominica is an independent nation in the Eastern Caribbean with membership in the Caribbean Community(CARICOM), the Commonwealth of Nations, and the Organization of American States (OAS). On or about September 27, 2019, those international organizations rendered a report on electoral reform to the Government of Dominica.

On or about September 27, 2019, Dominica’s Attorney General, Levi Peter, immediately rejected the report as unacceptable and impracticable. That, despite numerous calls by the Parliamentary Opposition and the Concerned Citizens Movement (CCM) that the three recent elections on Dominica had been tainted by bribery of voters, the importation of voters from overseas who did not meet the residency requirements and credible claims of voting by persons using names of persons long deceased.

These common-sense recommendations to ensure that Dominican elections would be free and fair were not new or radical. They have been proposed consistently over the years, and the Government and its Administration have had ample time to ensure that Dominica could be a model of electoral fairness and transparency.

On November 5, 2019 in a stunning rejection of the recommendations of the international organizations to which Dominica belongs, Prime Minister Roosevelt Skerrit moved to dissolve Parliament and called general elections for December 6, 2019. Prime Minister Skerrit acted in brazen violation of the tenets of democracy and rule of law. He acted with wanton disregard of the recommendations made by those international organizations to which Dominica claims association, and from which it gains its legitimacy.

Mr. Skerrit’s actions were despotic and tyrannical in that they came in the midst of calls by the Parliamentary Opposition Leader Lennox Linton and others that he the Prime Minister account for an estimated $1.2-billion dollars missing from Dominica’s 2018/2019 passport sales. The Government of Dominica not only refused to account for the missing State funds, but is using those funds to mount a lavish campaign of vote rigging preparations by enrolling non-citizens and others on the voter rolls, using publicly-owned media and state resources exclusively for the benefit of the ruling Dominica Labour Party and contracting with airlines and marine carriers to transport foreign-based voters to the polls at no charge to those voters.

Such actions are, prima facie, in defiance of the Constitution which was created to protect the rights of Dominican citizens.

The actions of the ruling Dominica Labour Party threaten social peace on the island, undermines rule of law, eviscerates our democratic tradition and prevents the pursuit of free and fair elections. We, therefore, call on the United Nations and, the international organizations which made the fair and just electoral reform recommendations, to condemn the calling of elections by the Skerrit regime without reform.

Further, we ask that CARICOM, the Commonwealth and the OAS immediately arrange to send election observers to Dominica to ensure that our democracy and rule of law is preserved. This must, of necessity, be an observer mission with deep ability to probe not merely the conduct of election-day events, but also to ensure that the electoral rolls have been verified; that vote counting is assured to be free from rigging; and that the electoral authorities themselves are able to be certified as being free from coercion or bias.

Finally, we ask that all freedom-loving nations and traditional allies act to bring pressure to bear on the Government to ensure that free and fair elections are held on Dominica, come December 6, 2019.

It is clear that neither the Dominican public nor the international community will tolerate, support, or deal with a Government which has no legitimacy and which has shown no respect for domestic or international law.