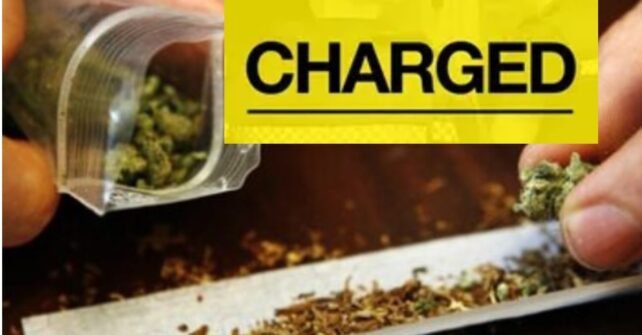 According to the charge preferred against the men by the police, it is alleged that on May 10, 2022, at the Woodbridge Bay Port in Fond Cole, St. Ville and Phillip imported 6,484 grams of cannabis into Dominica.

At their court hearing on May 13, the men opted for a summary trial in the Magistrate’s court and pleaded not guilty to the charge.

Police Prosecutor, Inspector Davidson Cadette did not object to bail and Magistrate Pearl Wiliams fixed the bail sum at three times the street value of the cannabis, $60,000.00.
Gina Abraham-Thomas who was holding papers for attorney-at-law Dawn Yearwood Stewart who represents Phillip, put forward a bail application on his behalf and the accused was subsequently released with three bail conditions and his father, Angus Phillip as his surety.

The Portsmouth man is expected to report to the Portsmouth Police Station every Monday and Saturday between the hours of 7:00 a.m and 7:00 p.m. His bail conditions further stipulate that should he change his address, Phillip is to inform the court and the police, 72 hours in advance and should he appear before the court on a similar charge, his bail will be revoked.

St. Ville, on the other hand, was remanded into custody at the Dominica State Prison as his proposed surety was unable to present certain documents required from the court for bail.

After several attempts by his attorneys Wayne Norde and Gina Abraham-Thomas to have their client released, Magistrate Williams said unless the surety was able to meet all of the court’s requirements, she would not grant bail.

She advised the attorneys that a bail application hearing for St. Ville could be entertained  by the court next week.