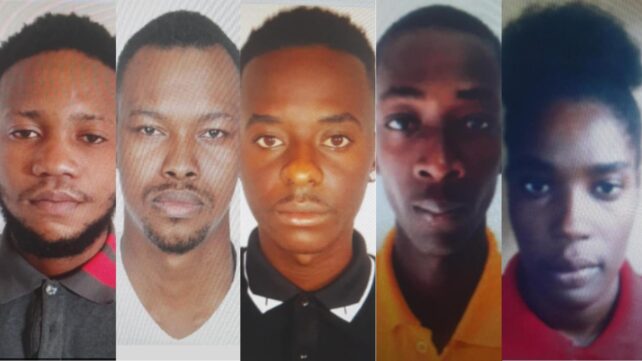 Lawmen in Dominica and others in neighboring islands have been told to be on the lookout for five Haitian nationals who escaped from custody in Antigua and Barbuda on Friday.

According to law enforcement and the Immigration Department in St Johns, on Friday 27 May 2022, five Haitian nationals comprising four men and one woman absconded from the Department of Immigration’s detention center located at Camp Blizzard.

The said Haitians arrived in Antigua and Barbuda via the VC Bird International Airport from Santo Domingo and were attempting to make onward travel to Montserrat.

They were subsequently intercepted and detained by the Immigration Department for not having the proper documentation to enter Antigua and Barbuda.

Following their detention, the customary procedures of rebooking flights to their country of origin were completed and all were scheduled to depart Antigua and Barbuda on May 28, 2022, to return to Haiti.

The Department of Immigration said it is working closely alongside other law-enforcement agencies and inter Caribbean counterparts to bring the necessary closure to this matter.

The Department said it has reason to believe that fugitives are still on the island of Antigua.