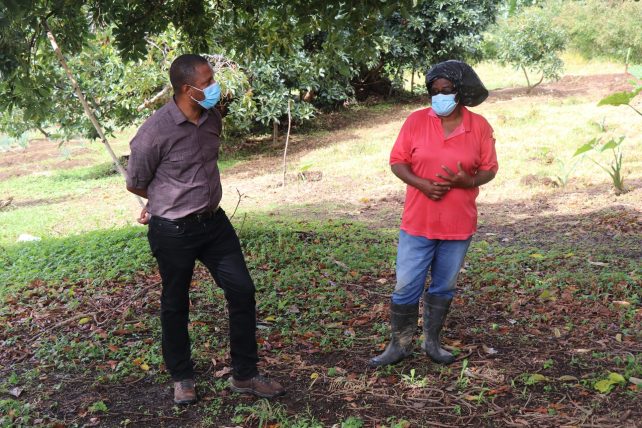 For the year 2022, the Ministry of Blue and Green Economy, Agriculture, National Food Security plans on interacting and assisting farmers across districts.

Minister in that ministry, Fidel Grant said works have already started as they continued their visits to Morne Prosper and Giraudel on Thursday.

Grant said it is always interesting to visit and interact with farmers who he believes are doing well in Dominica. He noted there is a lot of money to be made in agriculture and applauded the farmers “who continue to work and provide citizens with fresh fruits, vegetables and livestock.”

“We will be out during the year 2022. We will be continuing visiting the farmers in the field. We’ll also be having meetings with them to hear their concerns and of course, we encourage farmers to treat faming as a business. That is the only way that you would be able to see the returns on your investment,” the minister said.

“I would like to applaud the farmers that we met today who had their records and it was just very rewarding to see that these farmers have records for the entire 2021 as to what and who they sell to and the amount of money they made,” he stated. “They were encouraged by seeing the figures and I was even more encouraged knowing that they have these figures.”

He also noted the challenges of the farmers such as labor and with Covid-19, the increase in the price of feed, fertilizer and agro-chemicals.

Grant said the government is working with the relevant authorities to see how they could reduce the prices and are speaking with customs, the minister for finance to see what can be done to ensure  reduction in the prices of the chemicals and fertilizer.

“We know if these prices continue to rise, obviously they’re going to be reflected in our price of food, and then that could mean trouble for our food on our table,” he remarked.

He said he was happy to see how farmers kept their fields and pleased that they have been seeing their extension officers.

“They were very familiar with the extension officers and you could see that there was a personal relationship. I would just like to applaud the work of the extension officers within the south region,” Grant said. “Also, we’d like to state that the farmers also express gratitude to the government for the assistance that they have been receiving through the agricultural livelihoods project in terms of their fertilizer, feed and the repairing of pent.”

Grant also said that efforts are ongoing` within the ministry of agriculture to provide direct support to farmers but he also believes that farmers need to be better organized.

“We also note that there is a break down between the farmer and the market. Farmers need to become more organized. They need to create themselves into cooperatives, associations groups, whatever it is, that would bring them together so that they have one common voice and one link to the markets,” he suggested.

According to the minister, based on feedback from supermarkets, business owners cannot get enough produce and do not know where to source it and as such, links between the farmers, supermarkets and the open markets need to be improved.

“We also heard of concerns as to the rising price of food on the market in terms of the price the farmers charge to the consumers because the farmers themselves are consumers and they have realized that the price that they are paying for food that they do not produce is increasing,” Grant said adding that this is a concern which his ministry is dealing with. 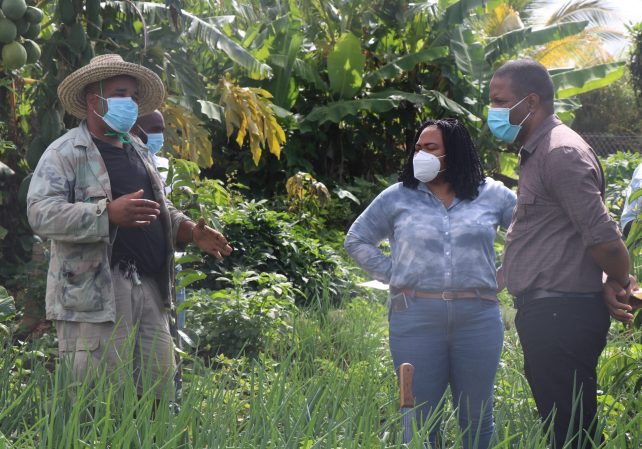 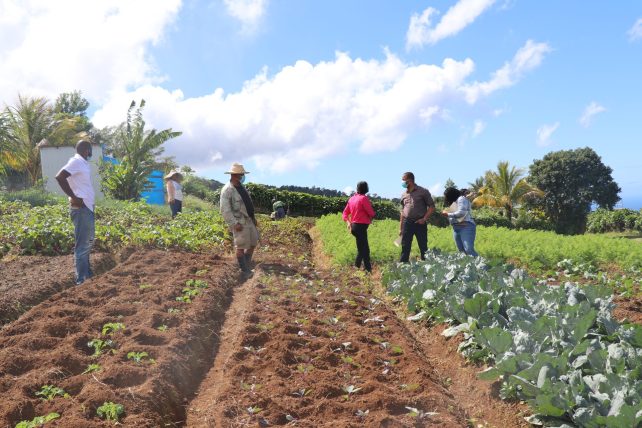