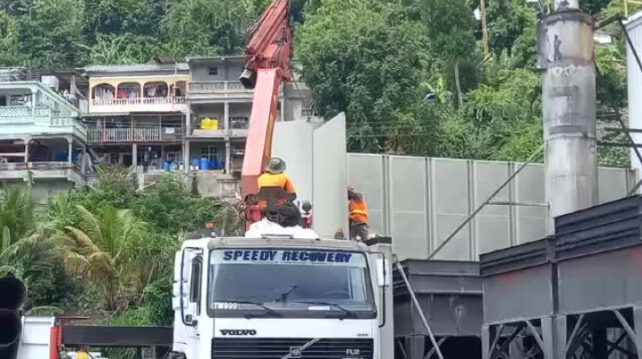 The Government of Dominica has urged the Independent Regulatory Commission (IRC) to accelerate its review of electricity tariffs.

An electricity tariff is a charge that customers are required to pay per unit of electricity consumed.

The IRC and DOMLEC began the tariff review exercise in April 2022. The process usually takes nine months to one year.

“The Russian Ukraine war is having a severe impact on the cost of petroleum and petroleum products worldwide, resulting in the corresponding increase in the cost of electricity,” Prime Minister Roosevelt Skerrit said during the last sitting of parliament. “This government is doing everything within its control to reduce the impact on families and businesses.”

Skerrit continued, “We have urged the IRC, the Independent Regulatory Commission, to accelerate its review on electricity tariff, while the government continues to push on to build and commission the geothermal plant.”

“And so we are urging the IRC to complete their assessment evaluation and to make clear recommendations on reductions in tariffs,” he stated.

A tariff review exercise is conducted to:
• determine DOMLEC’s rate of return on their investment
• ensure DOMLEC is meeting its revenue requirement (the amount of money that customers are required to pay for the cost of supplying electricity over the period.)

Meanwhile, Skerrit said he is praying for an end to the Russia-Ukraine War.

The Government of Dominica, on May 1, 2022, became the majority shareholder in DOMLEC having acquired those shares from Emera, at a cost of EC$13.5 million.