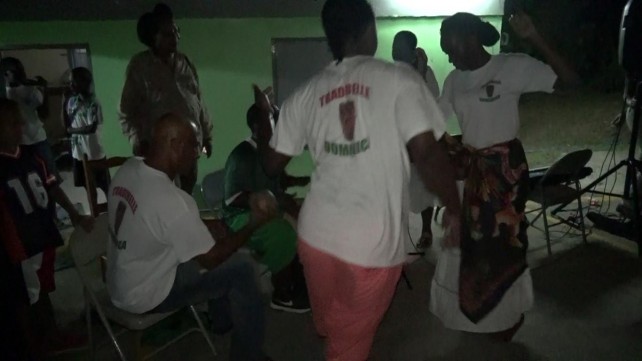 The Konmité Pou Etid Kwéyol (KEK) in collaboration with the Cultural Division will be launching a Bèlè folk music album of the Tradibelle Bele group from Grand Bay on Wednesday May 11th at the Alliance Francaise. The function is scheduled to begin at 11 a.m.

The album contains nine (9) of the bèlè songs which have been made popular by the Tradibelle group.

The launch on Wednesday, will feature remarks from the President of KEK, Raymond Lawrence, the Acting Chief Cultural Officer, Earlson Matthew, and also the leader of the Tradibelle group, Adriana Henderson. Presentations of the Bèlè flashdrives will also be made at the function.

KEK is currently planning to hold its 12th Primary Schools Kwéyol Spelling Bee competition on May 18th and its annual general meeting on June 1st 2022. Other projects which KEK is currently working on include a new creole dictionary, the publication of a basic guide to learning kwéyol and an awards cocktail evening later this year.