An explosive eruption began at the La Soufrière volcano in St. Vincent this morning.

According to the Seismic Unit of the University of the West indies, the eruption which began at 8:41 this morning, April 9, is a culmination of the seismic activity that began on April 8.

The UWI Seismic Unit report indicates that ash has begun to fall on the flanks of the volcano and surrounding communities including Chateaubelair and Petite Bordel.

It said some of the ash has gone offshore and has even reached the team’s Observatory at Belmont.

The eruption is ongoing and more information will be shared as things progress, the Unit stated.

The UWI-Seismic Research Centre scientific team based at the Belmont Observatory in St. Vincent recorded six separate bands of volcanic tremor throughout the day. This new type of seismic event has not yet been observed since the beginning of the eruption in December 2020. This type of seismic signal is usually associated with movement of magma and fluids close to the surface. Ash venting was also observed during the most recent tremor episode.

The effusive eruption is continuing and an explosive phase of the eruption may begin with very little warning.

An evacuation order has been issued for communities in the Red volcanic hazard zone. Prime Minister Ralph Gonsalves made the announcement during the second of two press conferences held in Kingstown today. The UWI-SRC Geologist and Scientific Team Lead, Prof. Richard Robertson indicated that “We cannot give any clear warning that nothing can happen within the next 24-48 hours and we would not be surprised if there are explosions at the volcano during that period.”

At alert level Red the public is advised to urgently comply with directives issued by NEMO. NEMO has advised that safe areas are those from North Union to Kingstown, on the Windward side of the island, Barouallie to Kingstown on the Leeward side and the Grenadine Islands. 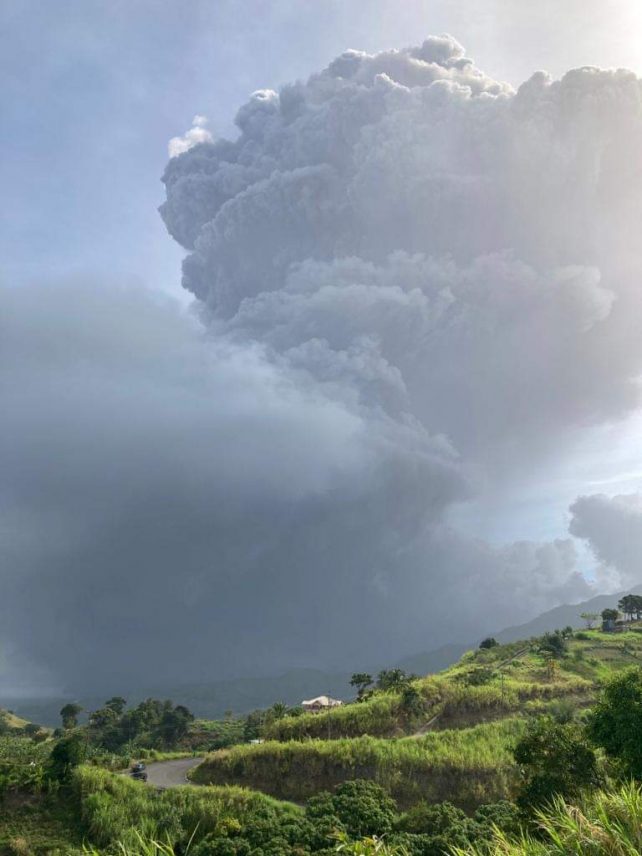