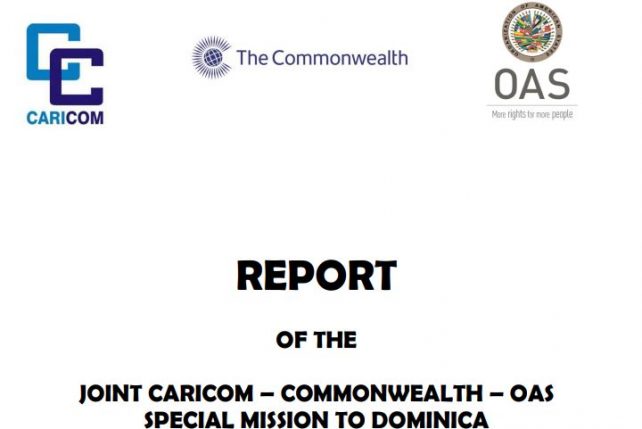 A Joint Special Mission from CARICOM, the Commonwealth Secretariat and the Organization of American States (OAS) which visited Dominica from August 6th to 9th at the invitation of the Dominica Government to assist in the country’s efforts with various aspects of electoral reform, has presented  its report to the government.

However, attorney general Levi Peter revealed at a news conference on Wednesday afternoon, that government has deemed certain recommendations contained in the report to be unacceptable, unworkable and likely to cause confusion. The government has also said that some of the recommendations will be costly to implement.rom the

The full report of the Joint Special Commission is posted below.