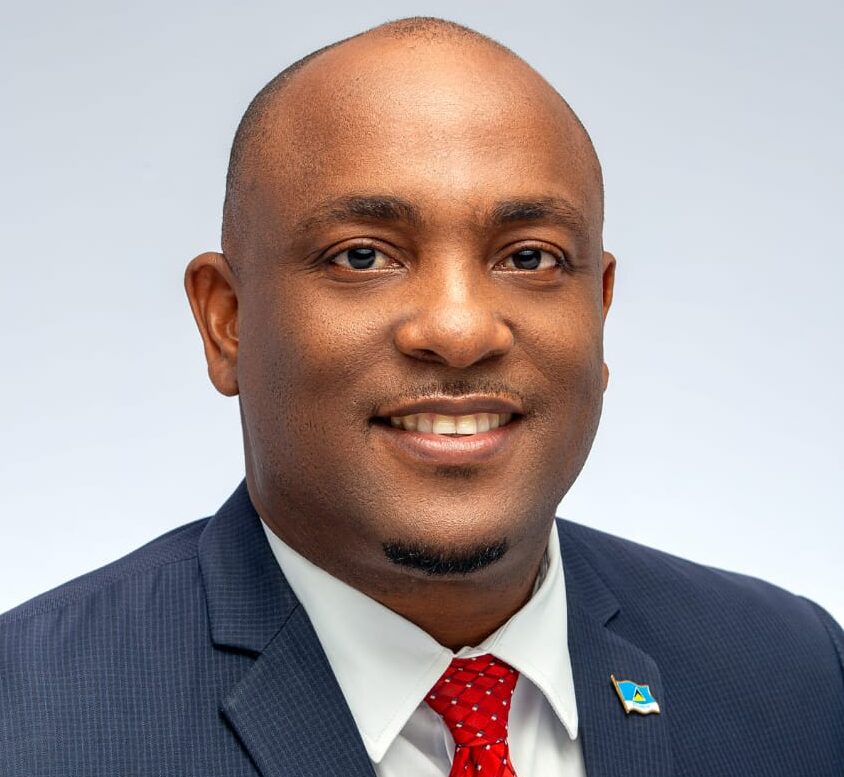 Minister Edward’s elevation to the role occurred during a virtual meeting of the organization’s recently concluded 9th Extraordinary Meeting of Council of Ministers on August 22, 2022, held via ZOOM.

He takes over the chairmanship from former Attorney General and Minister of Legal Affairs and Justice in St. Kitts and Nevis, Mr. Vincent Byron Jr, who held the post for two years.

Minister Edward, a veteran educator, has been involved in Comprehensive Disaster Management (CDM), having ably led in its advancement in the education sector in Saint Lucia through CDEMA’s Caribbean Safe Schools Initiative.

Prior to entering active politics, he held several leadership positions in both national and community-based organizations and has shown a vested interest in lifelong learning, poverty alleviation, youth empowerment, and disaster management with a focus on relief and recovery.

Commenting on the appointment, Minister Edward said “It is both an honour and a privilege to serve the region’s lead disaster agency as Chairman of the Council. I am grateful for the opportunity given to me by my Prime Minister, Honourable Philip J. Pierre to take on this responsibility on behalf of the Government and people of Saint Lucia and by extension the people of the Caribbean. I give the assurance that I will execute my duties as diligently and effectively as possible to advance the development of a more responsive and resilient region in the management of natural disasters”

CDEMA is a regional inter-governmental agency for disaster management in the Caribbean Community (CARICOM). Its highest decision-making body is the Council of Ministers which is made up of the heads of government or their nominees representing the respective member states of CARICOM.

The CDEMA Council: CDEMA is governed through the Council, a Technical Advisory Committee (TAC) and the Coordinating Unit. As a specialized regional Agency of CARICOM, the Heads of Government of the Participating States determine the policies. The Council is the highest level of governance of CDEMA and major decisions on its operations are also made as required by this body. There is a sub-committee, the Management Committee of Council, which makes recommendations to the Council to enhance the management and functioning of the CDEMA policy identification and organization performance review. The Council meets annually during the month of June. The Heads of Government or their designated representatives attend the annual Meetings.