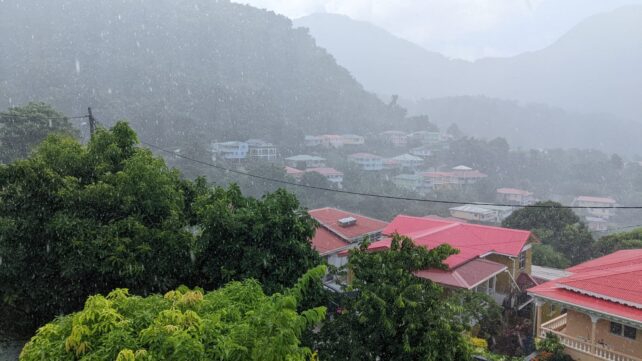 A high pressure system is expected to be dominant across the island during the morning resulting in occasional cloudiness with a few showers across the area. A gradual increase in moisture and instability is expected from this afternoon into tomorrow, Thursday, as a strong tropical wave mainly affects the islands to the south of Dominica. Scattered showers with isolated thunderstorms are likely over parts of the island from tomorrow.

Moderate seas are anticipated during the next 24 hours with wave heights increasing to near 8.0ft on the eastern coast today. A Small Craft Advisory is in effect for above normal seas. Small-craft operators and sea-bathers along the eastern coastline should exercise caution.