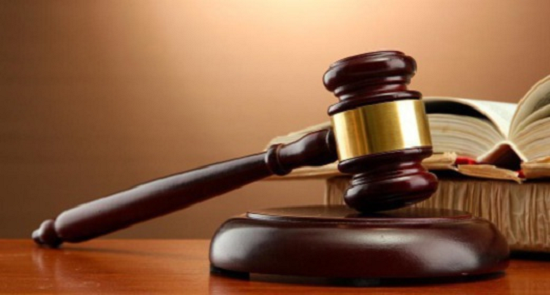 An over two-year jail sentence, imposed by Justice Wynante Adrien-Roberts on a 22-year-old Woodford Hill man on a sex-related charge, has been suspended.

Ronnie Cameron Peters who pleaded guilty to unlawful sexual connection on March 16, 2022, against a female minor, appeared before the court today, June 15, 2022, for sentencing.

The facts of the case state that on October 28, 2019, at Portsmouth, Peters was accompanying the then 14-year-old girl home when he pinned her to the back of a dump truck, placed his hand under her skirt, and inserted his finger into her vagina.

The minor told Peters to stop and said to him, “long time I know you are a rapist,” to which he replied, “long time I want to rape you.”

She attempted to walk away but he pulled her across the street into a burnt concrete building. There, she started to scream but Peters placed his hand over her mouth and threatened to kill her. At some point during the attack, he placed his hand around her neck while her feet dangled from the floor.

She bit him before escaping and he proceeded to follow her apologizing for what he did and constantly repeating, “why did I do that,” begging her to not report the incident to anyone.

On arrival home, she told her aunt what had happened and the police were summoned. She was then taken to a medical doctor for examination who reported that despite the incident her hymen was still intact.

At today’s sentencing hearing, Justice Adrien-Roberts said the court had ordered a social inquiry report and a psychiatric report which were used in constructing her sentence.

She said due to the fact that there was some level of violence and threat during the offense, the matter fell in category two, high.

Judicial authorities set the maximum penalty for the offense of unlawful sexual connection at 14-years imprisonment. However, Justice Adrien-Roberts established a starting point of 45% of the max sentence – 6 years, 3months and 18 days.

In adjusting her sentence, Justice Adrien- Roberts said an aggravating factor which went against the offender was the fact that he had prior convictions. She also stated that consideration must be given to the victim who once trusted Peters as they were good friends and is now emotionally scarred from the incident and is frightened whenever she sees him.

An additional six months was added to his sentence which then stood at 6 years, 9 months and 18 days.

The sentence was however reduced by two years as the Judge said Peters had demonstrated a level of remorse for his actions and stated to the social welfare officer that he would apologize to the minor if he was given an opportunity to.

The fact that he had admitted to the offense and stated moments after that he regretted his decision also went in his favor.

For his guilty plea, Peters was also afforded a reduction of one third of his sentence which then stood at 3 years and 2 months and 18 days. An additional four months was removed for time spent on remand.

While Justice Adrien-Roberts said the nature of the offense warrants a custodial sentence, she averred that consideration was given to the fact Peters is a father to six-month-old baby girl, the sole bread winner of his family and the one of the caretakers of his mother who had suffered two strokes.

She opined that his family would be further impoverished if he is to serve the 2 years 10 month and 18 days sentence handed down by the court.

The judge further told the court that based on the social inquiry report, it was noted that since the 22-year-old was charged for the offense, members of his community noted a change in his behavior hence she stated he was not a risk to the community and the victim.

“This is the second chance that you asked for, you will not get a third one,” Justice Adrien-Roberts cautioned Peters. “What you did to the young lady was terrible; she trusted you and you broke that trust.”

She added, “It is about time that the abuse against women  and children must stop. You got off lightly but you won’t be so lucky next time.”