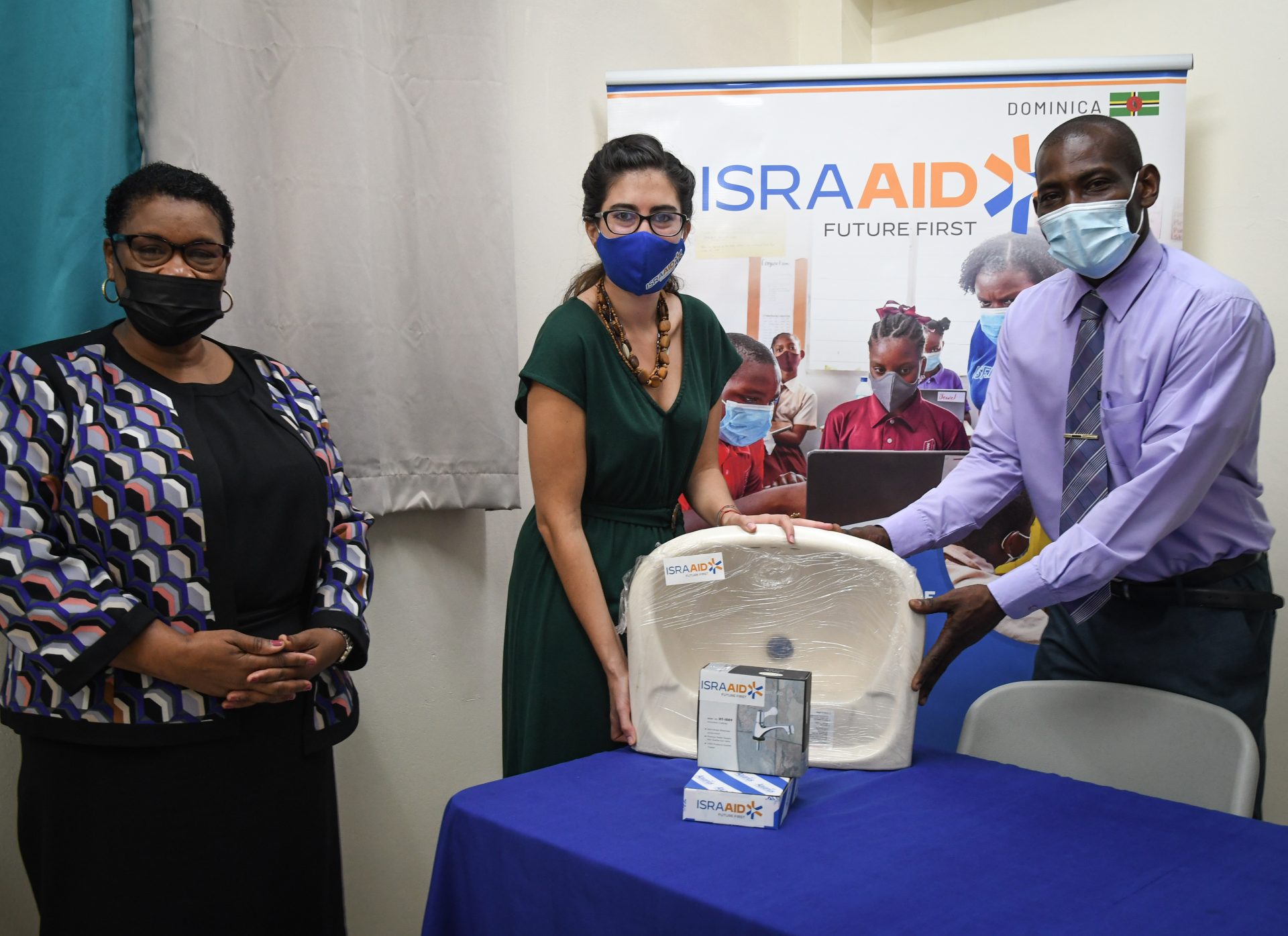 The Ministry of Education, Human Resource Planning, Vocational Training & National Excellence has received fifty face basins and faucets from IsraAID to assist in preparing primary schools in the Eastern and Southern districts for face-to-face classes.

Additionally, kid-friendly handwashing posters were designed by IsraAID and will be printed by the Ministry to be placed alongside the face basins.

Permanent Secretary in the Ministry of Education, Mrs. Chandler Hyacinth thanked IsraAID for their continued contribution towards education and welcomed the donation, noting that it was timely and valuable as the Ministry prepares for partial face-to-face classes at schools.

“You are supporting education on a whole because you are creating the environment for safe learning to happen,” Hyacinth said.

The Permanent Secretary also thanked IsraAID for its continued contribution to Dominica’s efforts in building resilience.

Country Director at IsraAID Dominica, Ms. Nicole King highlighted the longstanding partnership that IsraAID has had with the Ministry of Education since coming to the island post Hurricane Maria.

She underscored the importance that IsraAID places on education saying, “Schools are not just a place where children go to learn, but they go to socialize, they go to play, they go to develop themselves. So, opening schools and keeping schools safe is extremely important for us too.” 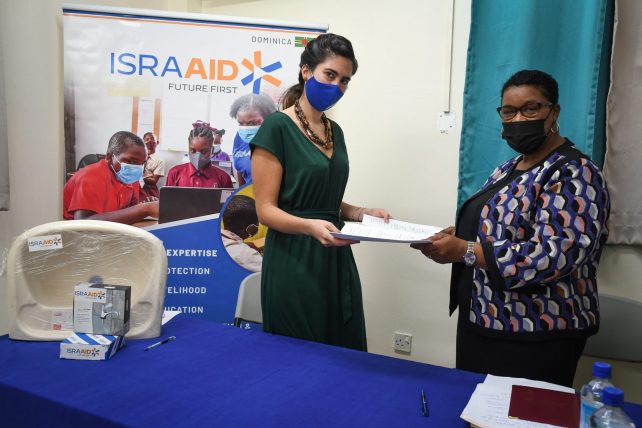 “We are here to support in as many possibilities and as much as we can, so we identified the possibility this time to support with this process of helping the schools to be a safe space,” said Ms King

“We understand that education is a human right, is a public good and a collective responsibility. And we at IsraAID want to make sure that we are part of this responsibility.”

Chief Education Officer, Dr. Jeffery Blaize, thanked IsraAID for the donation as well and noted that installation of the face basins will begin in the next few weeks.

In September 2020, IsraAID collaborated with the Ministry of Education on the ‘Healthy Return to School’ project conducting webinars for education officers, guidance counselors and curriculum officers on health, sanitation and safety matters. As part of this project 243 soap dispensers were installed and 2597 litres of antibacterial liquid hand soap were donated to all primary schools, twenty early childhood centres and two special education schools.

IsraAID also procured 300 cloth masks which were also given to the students of the early childhood and special education schools and assisted with the printing of COVID-19- themed posters for all schools in Dominica.

About IsraAID: IsraAID is an international non-governmental humanitarian aid organization based in Israel. Since we were founded in 2001, our teams have worked in emergency and long-term development settings in more than 55 countries around the world. IsraAID has been in the Commonwealth of Dominica since 2017.