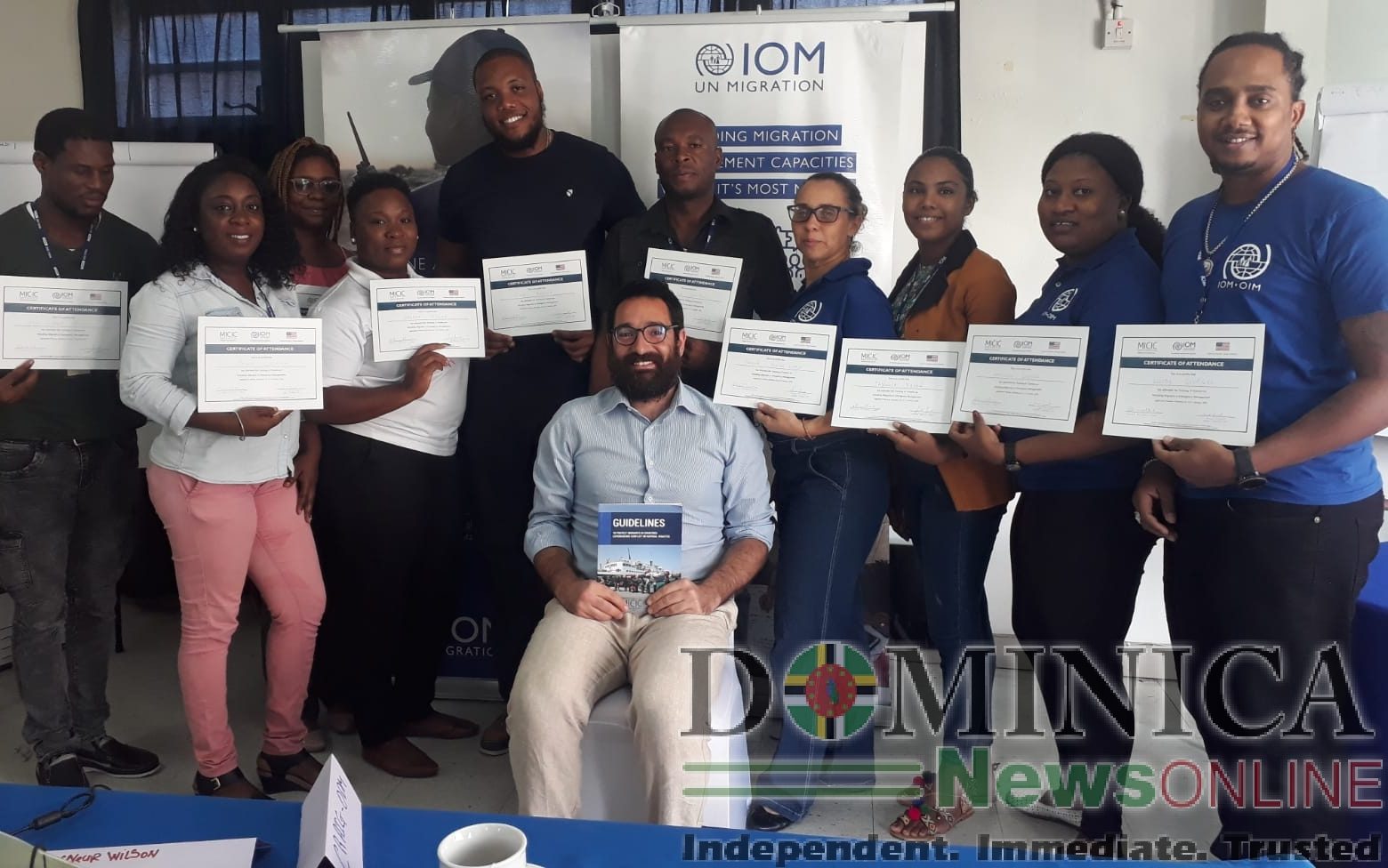 Migrants are now able to assist in emergency preparedness, response and recovery in Dominica.

Over twenty immigrants to Dominica participated in a 5-day training last week organized by the International Organization for Migration (IOM) and funded by the United States of America.

One of the Facilitators of the IOM, Chiara Milano said there is a considerable migrant population in Dominica as there is in most parts of the world who can be affected in times of disasters.

“So, whatever you do in preparing for possible crisis and emergencies needs to take into consideration this population which is faced with particular challenges in the case of emergencies,” she stated.

She explained that in case of crisis, a hurricane, landslides, volcano eruption, migrants can possibly affect in a number of ways compared to the national population.

She went on to point out that they may not speak the local language well enough to understand the alert, signs and instructions.

“We also know that migrants are key to a country’s recovery and this is why it is so important to include them into our emergency preparedness and response,” Milano indicated.

The participants were also trained to become trainers themselves, so that they can cascade this training and make it available to others.

Participants of the training came from the government, the Office of Disaster Management and colleagues from other IOM offices in the region.

This is the very first time such a training is being held in Dominica.