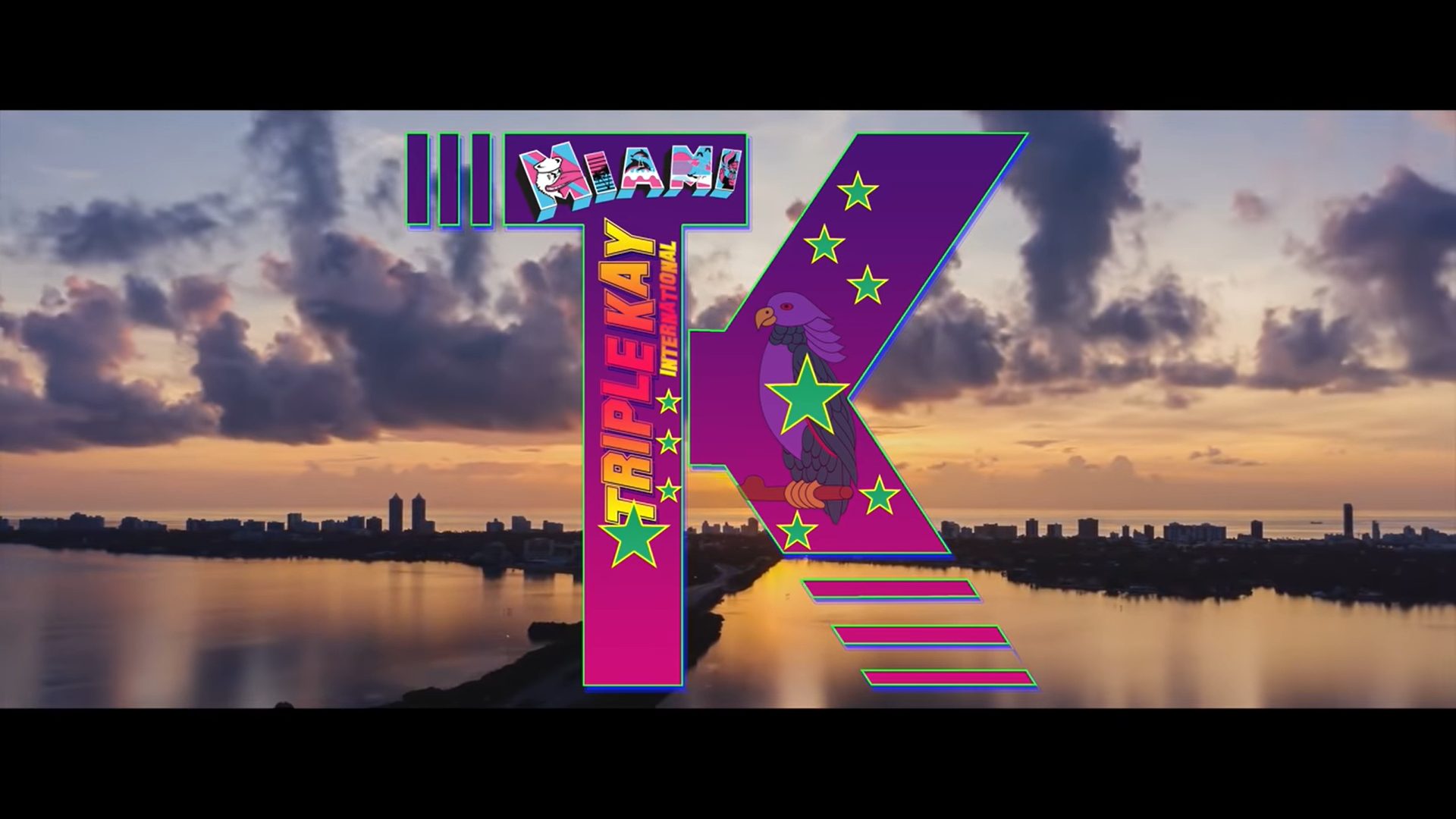 From zouk to kompa, reggae and bouyon, Dominica’s very own TK International is demonstrating just how versatile they are, in the form of their first-ever afrobeat single ‘Chocoloco.’

Speaking exclusively to Dominica News Online (DNO) Kendel ‘Sir killa’ Laurent, TK International bandleader, keyboardist, studio engineer and one of the writers of the new hit  single, revealed that the idea of the song came from a mere accident, over one year ago.

“It’s funny because although it’s a love song,  it didn’t come from a love thing at first. My son usually drinks this drink called choco-something and I called his mom who at the time was in town and told her that he only had one chocoloco left and she started laughing, at the way I pronounced it,” he explained.

“At the time I was at home in my studio and the word chocoloco kept playing in my head and this was also a time when we were in the height of the pandemic and everyone was with their significant other, so immediately I decided to piece some words together, thinking of the persons I was with and came up with the lyrics “you’re my one Chocoloco,” Laurent added.

According to the TK keyboardist, the original idea was to present the song to his fellow band members for one of the singers to perform, but as fate would have it, the team all decided that he would take the lead on this one.

Jeoffrey Joseph TK international manager, rhythm keyboardist, backup vocalist and co-writer of the song spoke to DNO about the band’s elation over the release of their first-ever afrobeat, pointing out that it has been a genre which the band has been looking at for some time.

“We’ve realized that it is probably the foundation of all Caribbean music, being that it has its roots from the Motherland in Africa. So obviously, the patterns of that new style of African music would obviously resonate well with the Caribbean, and with Dominica and so on,” Joseph said.

He credits COVID-19 with providing the opportunity for the band “to explore and to put things in perspective” to try something different…”so we were able to do or produce this new song.”

While many of their die-hard fans may be used to this sort of versatility, they acknowledge that several others may only know the band for their bouyon hits, and encouraged them to be open to the new change of music which the band will be presenting in the coming months.

“We come from a country which we proudly say is a bouyon nation, and the band was fortunate enough to fuse its own style which eventually led to the creation of a new style of bouyon and while we grew in popularity because of boyoun music, it never meant that the band was not able to or that the band ever stopped performing any types of genre,” Joseph stated. “We have produced quite a number of soca, kompa, reggae songs and many others…and this chocoloco release is just another example of us being a versatile group of musicians who can conquer exquisitely any genre that we put our minds to.”

According to the TK musicians, the reaction to this new has been very positive.

“I was overwhelmed with the number of local artists and musicians that reached out to me and said they really loved it, and love that it is different. I’ve also been getting the same feedback from our fans, and I must say that getting those reactions, it has really been a great feeling and it only motivates us to do more and get better,” Laurent enthused.

He encouraged their fans to continue to show their support by purchasing the new song which is available on all streaming platforms.

Joseph points out that the band is particularly excited about the accolades which have also been “pouring in” from fans regionally and internationally, “because we intend on having the product promoted worldwide so that we can gain a wider fan base not just for ourselves but for our country and to let the world know that Dominica is an island rich in talent and rich in abilities to conquer any market.”

He thanked the “many others” who worked tirelessly to produce this new hit and said that in the coming year, the band will place greater attention on promoting rising musicians.

Regarding TK International’s next moves, Joseph says the public can expect a lot more bouyon music as well as other productions from different genres from the band, as well as a few other music videos to highlight and to promote the country.

He called on the Dominica public to heed the advice of the health officials and to protect themselves and their loved ones and urged TK’s fans to “ready themselves” for whenever the authorities give the go-ahead for the resumption of local activities.

“I also want to say thank you to all the people who have supported TK over the years, especially throughout the pandemic and for making the band still a  household name locally, regionally and internationally,” Laurent added. “It’s because of this type of support we’re able to continue producing and performing. I would just like to wish them a very, very merry Christmas season and prosperous and bright 2022.“