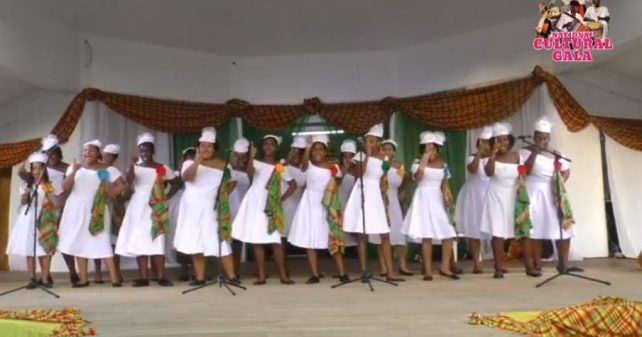 Despite the downscaled activities for this year’s Independence celebrations, officials of the Division of Culture are hailing this year as a success and are applauding schools and communities around the country for their role in preserving Dominica’s traditional culture.

The celebrations which officially came to an end on Wednesday 4th November with the national day of community service, saw the removal of several popular activities and events due the global pandemic COVID-19.

Nevertheless, Minister for Culture, Hon Roslyn Paul said Dominicans still portrayed their culture throughout the season despite the many restrictions.

“I want to commend all Dominicans for the lively spirits even in that situation that we are in, in that environment of Covid-19. There has been a very uplifted spirit of our people as we celebrate our 2020 independence and we see that in terms of people wearing particularly the creole wear, the cuisine especially on creole day, the various local foods that we have been enjoying. So in whatever way, we Dominicans have been showing our national pride or patriotism and our love for culture,” she said.

Paul went on to state that the contribution made by schools, communities and cultural enthusiasts will reserve our culture for future generations.

Adding his voice to the commendations, Chief Cultural Officer Raymond Lawrence, described this year’s celebration as a major success noting that Dominicans maintained  their patriotism and nationalism, which generated a spirit of pride.

“Particular  areas of strength were the dressing up in creole wear,  the preparation and consumption of  local foods and the promotion of Dominican  traditional music on radio and at  business places. Events like the national days of prayer,  the opening of independence, Creole Wear Fridays, Chapeau Paille Day, traditional cuisine lecture,  national tree planting day, flag day, the national day observance ceremony,  the cultural gala and the national  day of community service were all very well supported,” the Chief Cultural officer reported.

Lawrence said the celebration was different but nonetheless, “it was  effective and helped to stir  up an excitement  of love for  culture and country and a deeper appreciation  for all things Dominica”

This year’s 42nd Independence celebration was observed under the theme “Celebrating New Opportunities.”