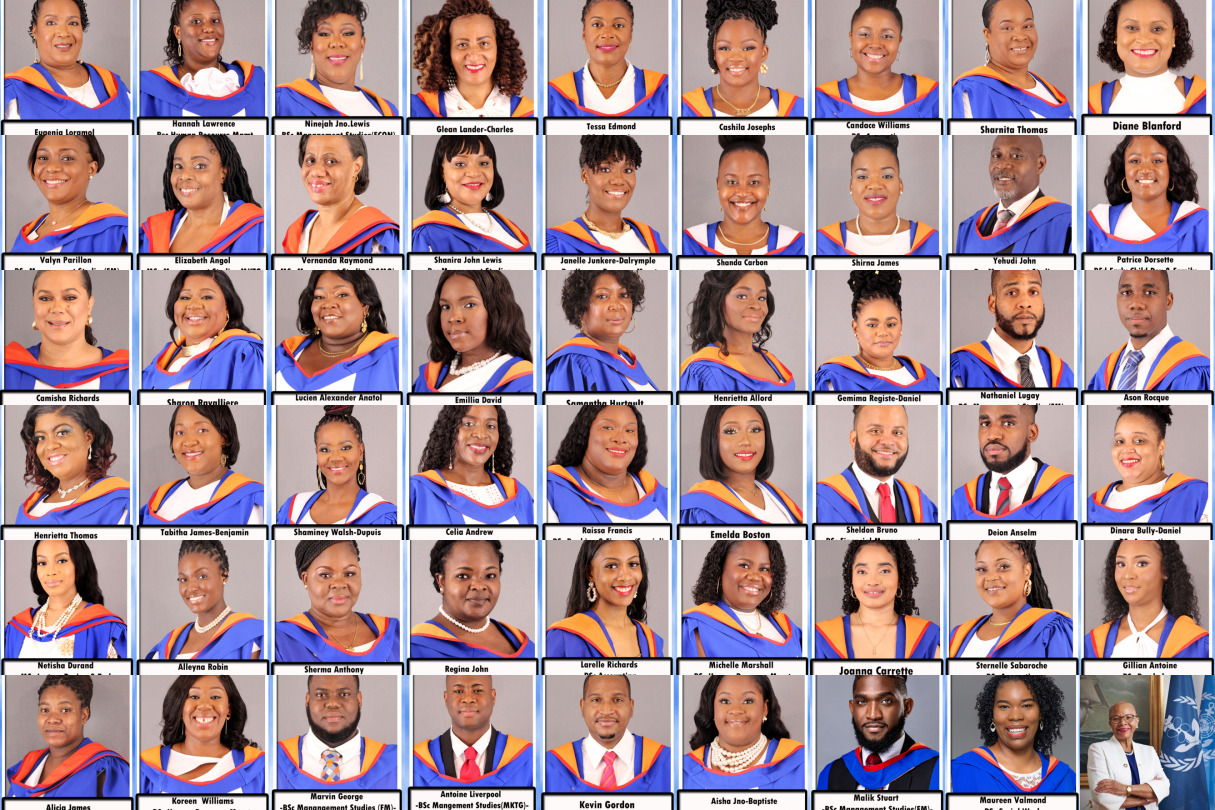 Sixty-two (62) students from Dominica (50 females and 12 males) were recognized during the Virtual Graduation Ceremony of the University of the West Indies (UWI) Open Campus on Saturday, 15 October, 2022.

In addition, Dominican Dr. Cleopatra Doumbia-Henry was one of two distinguished UWI alums who were awarded the Honorary Degree of Doctor of Laws. Dr. Doumbia-Henry, President of the World Maritime University (WMU), was recognized for her contribution to International Law. The other recipient of the  Honorary Degree was Sir Hugh Rawlins of St. Kitts & Nevis, who was recognized  for his contribution to Law and the Judiciary.

Below is a photo gallery of the graduates: