The two occupants of a Mitsubishi Pajero registration # PK637, escaped serious injury when the vehicle in which they were traveling overturned on the West Coast Road near Batalie on Saturday.

A source, who was at the scene, told Dominica News Online (DNO) that the Pajero, which was being driven by the son of Government minister, Dr. Collin McIntyre, was traveling from north to south along that section of road when the driver apparently lost control and the vehicle overturned.

The accident occurred shortly before 5.00 pm a short distance down hill from Sunset Bay Club.

Fortunately, according to the source,  the driver and an only passenger were able to walk out of the extensively damaged vehicle without any apparent injury. 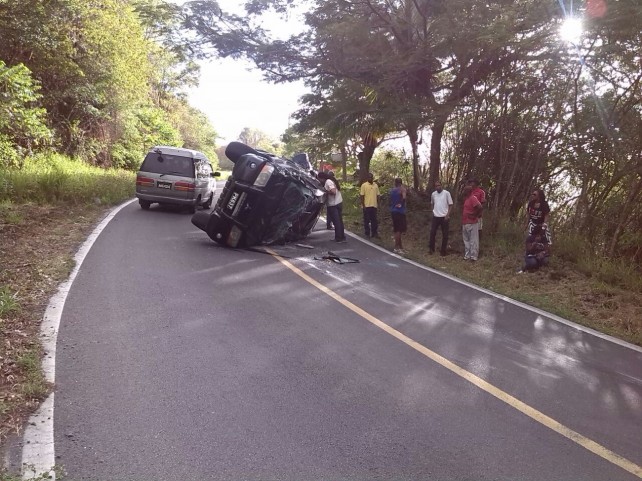