Dominica News Online has obtained photographs of an accident which occurred at the Louisville Junction on the Roseau Valley road about 7 am Monday.

A source told DNO that the driver of the vehicle who is from Bath Estate was coming from Laudat when he lost control of the car.

According to the source, he got out through the front passenger door and was able to survive the accident by pulling himself away from his seat and the moment of impact.

Residents of Louisville came out to help him after hearing the impact.

The driver was taken to the hospital and released a few hours later with minor injuries. 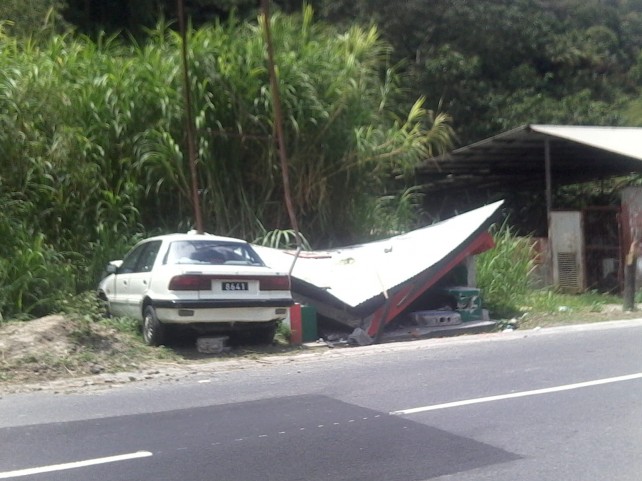