To see is to believe!

When a young man from the village of Colihaut told DNO that there was a house sitting in the mouth of the river together with two cars on their hoods, it sounded incredible. But, as we approached the area behind the Colihaut Primary School, sure enough the house had come to rest upside down where the river met the sea.

Just beyond that, only the top halves of eight wheels were visible as a reminder that cars were lost to the sea. A two-storey concrete house left no such indication; it was nowhere in sight, lost forever to the ravaging waters that carried it several hundred feet until it was swallowed up by the sea.

On Thursday, August 27, 2015, when Tropical Storm Erika battered Dominica, houses located on the river’s banks in Colihaut were smack in the middle of the river bed, as the massive amount of water from the heavy rains had to find a way out and the only way was through homes.

Catherine Daniel, Parliamentary Representative for the Colihaut Constituency, which includes Dublanc and Bioche, was on the ground when DNO visited the community recently.

She recounted her experience when she first visited Colihaut two days after the storm.

“I came here for the first time on the Saturday after the storm because there was no communication either by phone or by road,” she said. “I came on a boat and was able to walk through the village and it was heart-wrenching. You could see a sense of helplessness, a little sense of hopelessness, a little sense of dejection. The people were working but they were looking at the massive damage. Roads were feet deep in silt, you couldn’t pass. Just rubble, rubble, rubble, rubble right down the road but they were still there, trying their best.”

Daniel said that, while it is still heart-wrenching, the village is being cleaned up and in many ways this is heart warming.

In terms of the outlook for recovery, Daniel had this to say: “We have to look at the damage and assess it and this is ongoing. The housing assessment teams were here on Wednesday in the three villages evaluating the needs. We also have to consider grief counsellors for the people because to get back on your feet in a situation like this is not easy. We have to see the children back on track in school. When some things can start, people will see a sense that we’re getting there, get a little hope and we’ll gradually get to where we want to be.”

Daniel commended the groups of young people who have come together to clear the drains and roads, to work on repairing the church and to mobilize equipment.

She also had high praise for the Village Council, the Disaster Preparedness Team and all those who came forward to assist with distribution of relief to children, the elderly and infirmed and the physically challenged.

Daniel urges everyone in Dominica to do some introspection and look at what can ben done to bring unity, love, peace and togetherness.

“One good thing is that the storm has shown us the need to show love and to care for each other,” she said.

See photos below from the community. 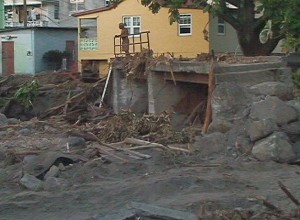 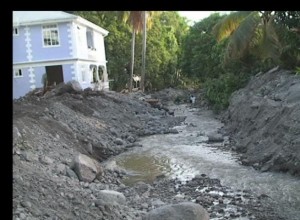 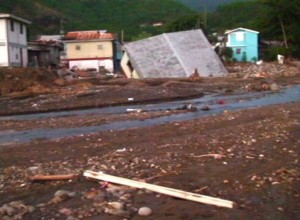 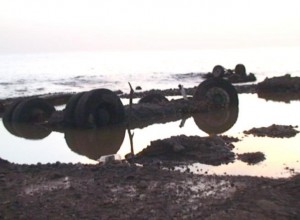