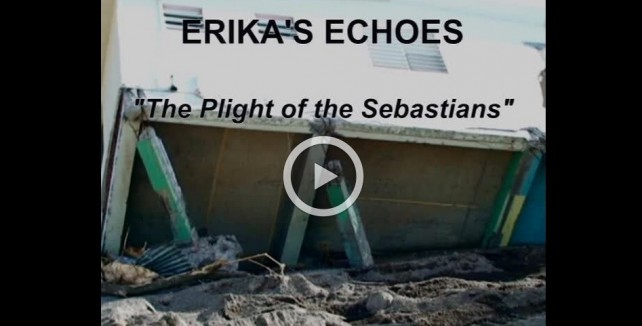 Erika’s Echoes is the outcome of a journey by DNO and D-TV (powered by DNO) to various parts of Dominica which were affected by Tropical Storm Erika.

The series captures in print and video, the stories of Dominicans who were affected by the storm and of those who are contributing to the rebuilding process.

The “Erika’s Echoes” series features stories such as that of Sylma Joseph who lost three members of her family to a landslide at Good Hope, Wilfred and Clavia Sebastian whose home was destroyed by a raging Colihaut river and of John Christoper and “Team Relief” of Penville who came to the rescue of Coulibistrie residents.

Look out for the articles which are published on DNO everyday and the videos which are displayed in the video player on the DNO Home Page.