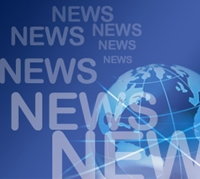 A small house in Bioche has been destroyed by fire but the owner is safe, the fire department has reported.

Fire Chief Josiah Dupuis said a naked light left unattended caused the blaze.  He said fire officials responded to the Fire at about 8:50 p.m. on Tuesday.

The incident follows a major fire in Roseau late on Monday night which left Vernie Julien, 82, dead and destroyed contents in the upper floors of two buildings on King George V Street. The cause of the fire is still under investigation.