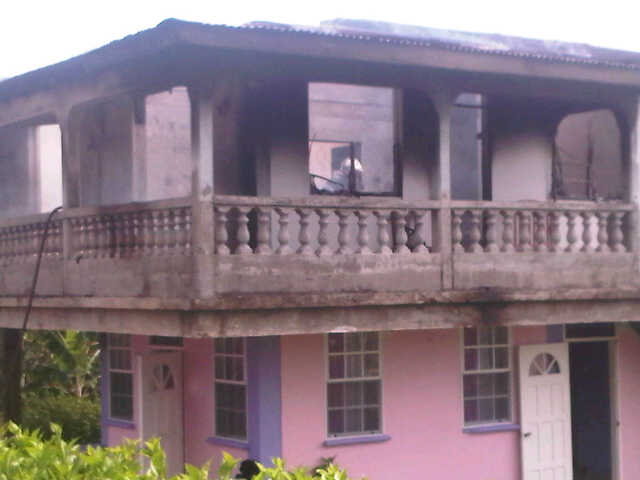 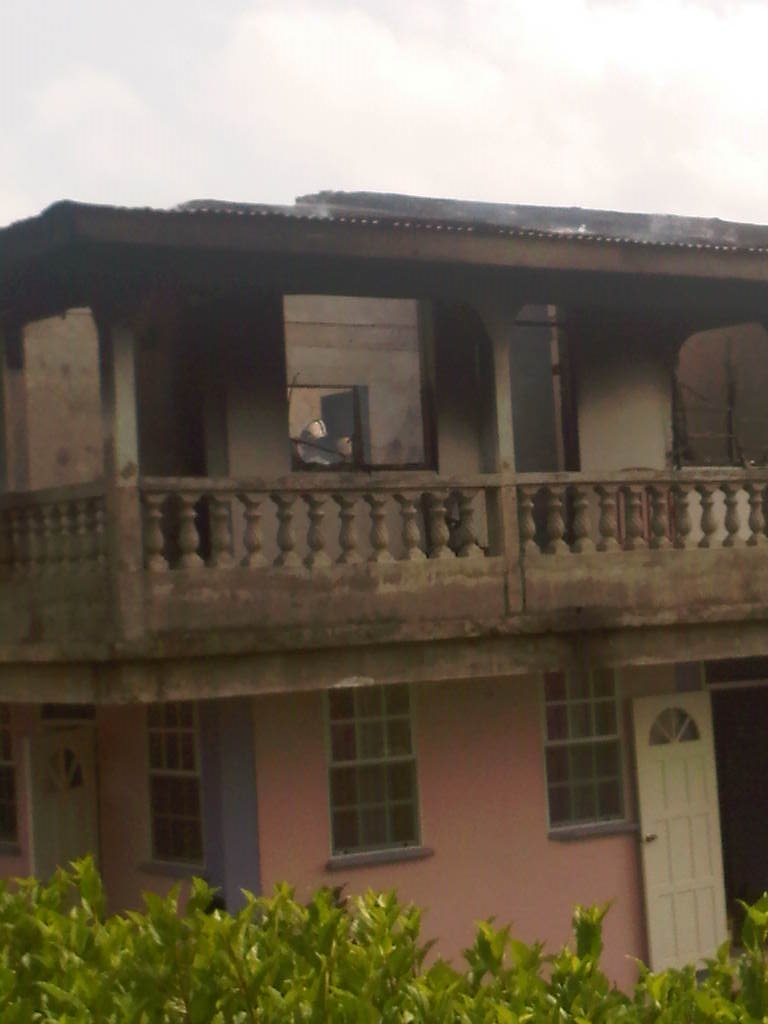 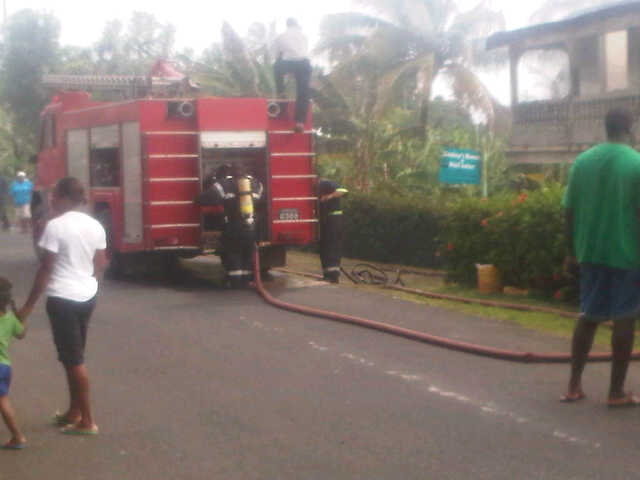 A fire at around 8 am this morning has left the George family of Dubique in Calibishie reeling after it destroyed their home, almost entirely.

The top floor of the two-storey building, belonging to Jones George, was engulfed in flames shortly after George’s daughter, Isha, was alerted by a neighbor of smoke billowing from one of the rooms.

“I was in the house and didn’t know that the fire had started,” said Isha, “The neighbor told me about it and I took my daughter and came outside. The fire started in my mother’s bedroom and I’m not even sure what could have started it, because there was no iron or fan on or anything like that.”

Though no one was hurt in the fire, she suspects that the fire may have started as a result of a faulty electrical line which she says had been reported to the power company on a number of occasions, when it had been sparking.

PRO of the Dominica Fire Service, Philsbert Samuels, said that the cause of the fire is still under investigation and that the estimated cost of the damage to the property is still being assessed.

The lower floor of the structure, which Isha used as her salon, was mostly intact, save for water damage from this morning’s attempts at extinguishing the fire.

The family of four occupiing the home included George, his wife, daughter and grand-daughter. Isha mentioned that the family will now have to live with relatives.

“We have family around, so we’ll be ok, the only thing is for how long, because it’s an uncertain situation,” she concluded.