A man has been injured in an accident in Pottersville on Friday.

Details are sketchy but reports indicate the accident involved a motorcycle and another vehicle.

The extent of the man’s injury is unknown at this time.

The circumstances leading to the accident are unknown.

DNO will publish further information as it becomes available.

Dominica has been hit by a number of accidents this week, some of them fatal.

On Monday 16 people were injured in an accident under the Canefield Cliff. One man subsequently died.

On Wednesday a man from Portsmouth died after he was involved in an accident in Tan Tan.

Also on Wednesday there was another collision under the Canefield cliff involving a car and a motor scooter.

On Friday a man from Mahaut died following a motorcycle accident. 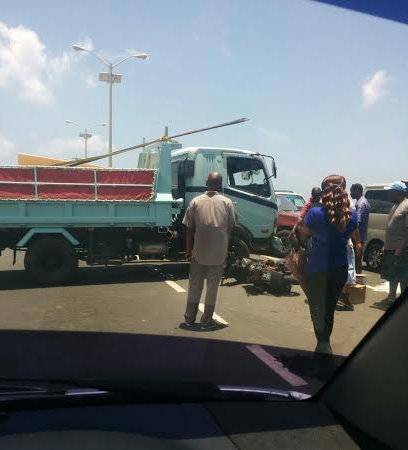