A young man of Checkhall has died following a motorcycle accident which occurred earlier this evening under the Canefield cliff.

According to eyewitnesses, Carlson Corbette was flung over the retaining wall along a section of the Fond Cole/Canefield highway and into the water below when the motorcycle he was riding hit the wall.

According to one eyewitness who arrived on the scene minutes after the accident occurred, passers-by stopped and after he was located in the dark water, Corbette was brought up by some men who were on the scene and laid on the wall.

About 15 minutes later an ambulance came and he was transported to hospital.

DNO understands that he died at around 10:50 pm.

DNO will bring you more information on that story as soon as it becomes available. 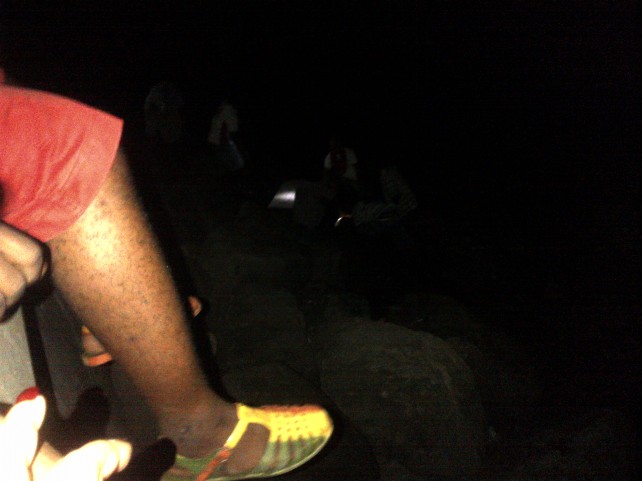 Rescuers trying to remove Corbette from the water