Investigations have begun into a fire which occurred in Newtown in the early hours of Friday morning leaving seven families homeless; Public Relations Officer (PRO) of the Fire and Ambulance Services, Wayne Letang has confirmed.

Letang told Dominica News Online (DNO) on Friday morning that three, out of seven houses affected by the fire, were destroyed, “completely burnt to the ground.”

“Seven houses were involved in that blaze and at that point I can say that an investigation is ongoing,” he said. “Investigators are still on the scene doing investigations, so further details into the name of the occupants and the families, I do not have it yet.”

There are no reports of injuries at this time.

Meantime, Letang said the Fire and Ambulance Services is not ruling out arson as fire officials investigate two separate fires which occurred in the Pointe Michel area.

According to reports the fires occurred on Monday (October 5) and the other on Tuesday (October 6) at two separate houses which were unoccupied and without electricity.

“What I can tell you that due to the nature of these fires, we have not ruled out arson, we are still investigating the possibility of an arson taking place in those fires at Pointe Mitchel,” Letang said.

He said fire officials are presently compiling information into the two fires.

Letang called on residents of the Pointe Michel community to assist the department in its investigations.

“One of the things we continue to ask the public is in any investigation we ask that they support us,” he stated. “Particularly seeing that we have not ruled out arson in the Pointe Michel case we are asking persons if you have any information be on the lookout, because there is a possibility that due to the nature of those fires it may happen again.”

He also advised persons to be vigilant with their property, and if they “see, hear or suspect anything, they can also give us that information at the Fire and Ambulance Services.” 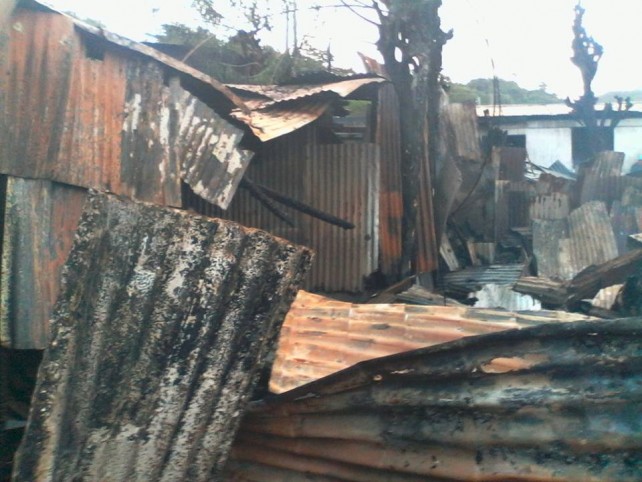