A woman was severely injured in an accident which occurred on Sunday afternoon in Canefield, according to information reaching Dominica News Online.

Reports are that the woman, who was the lone occupant of a Suzuki Vehicle and who has been identified as Marcel Lewis, was driving in a southerly direction when the accident occurred, during which the vehicle overturned.

Lewis was trapped and was rescued by emergency personnel. She was later rushed to hospital with injuries to her head and other parts of her body.

The vehicle was extensively damaged. 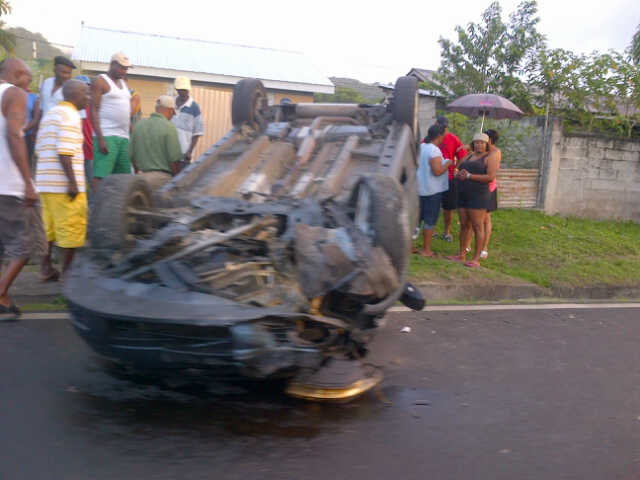