Prime Minister Roosevelt Skerrit (left) today met with Leader of the Opposition, Lennox Linton to brief him on the latest developments regarding the recovery efforts post Erika.

The Prime Minister on August 29 convened a special meetings of all twenty-one elected parliamentarians to discuss the way forward following the devastation caused by Tropical Storm Erika in Dominica on August 27.

All Parliamentary representatives are being included in the recovery process, Skerrit said.

According to the prime minister, the next meeting of the parliamentarians will be held on Tuesday.

The Leader of the Opposition was later briefed also by Disaster Management Coordinator, Don Corriette. 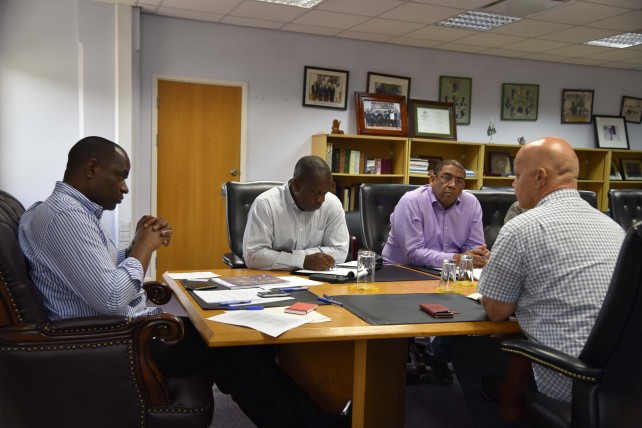