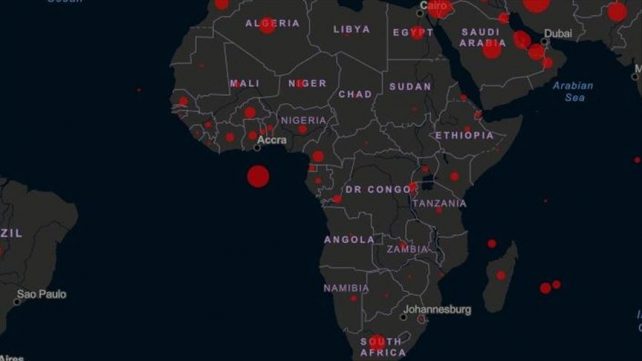 Africa passed the milestone of three million confirmed cases COVID-19 Sunday, including more than 72,000 deaths, according to the Africa Centers for Disease Control and Prevention.

The WHO said at the end of December that South Africa accounted for more than 70% of new weekly cases in its Africa region (this excludes Morocco, Tunisia, Libya, Egypt, Sudan, Djibouti or Somalia.)

South Africa accounts for more than 30 per cent of the continent’s total with more than 1.2 million reported cases, including 32,824 deaths. The high proportion of cases in South Africa could be because the country carries out more tests than many other African countries.

With some countries across Africa continuing to see increases in Covid-19 cases in recent weeks, there’s also concern about a new, more contagious variant of coronavirus in South Africa and spreading more quickly.

The World Health Organization (WHO) has called on African nations to boost their surveillance of the virus to detect any mutations that may occur. Many hospitals are reaching capacity, yet the numbers of those infected are expected to continue rising, according to health experts.

At the end of December, South Africa became the first country in Africa to record more than a million Covid cases.

The authorities have announced new restrictions, and closed land borders to most travellers until mid-February.

South African President, Cyril Ramaphosa, will meet with his Cabinet this week to consider if further restrictions should be taken to slow the spread of the disease, while balancing the need to encourage economic growth.