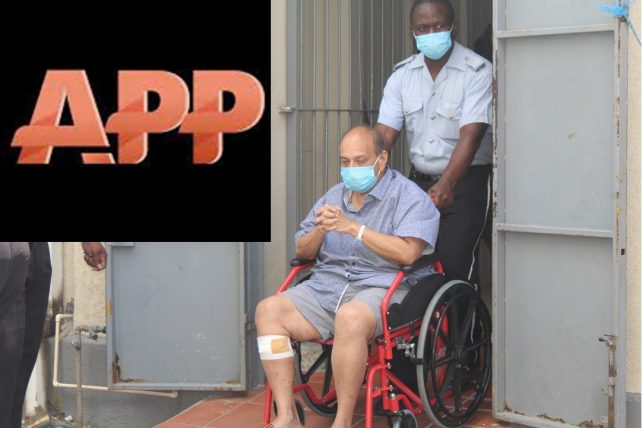 We note, with keen interest, the activities which are taking place around Mr Mehul Choksi, someone who has been described as an Indian fugitive. Based on media reports, the judicial authorities in India are interested in Mr Choksi to stand trial for criminal conspiracy, criminal breach of trust, cheating and dishonesty including delivery of property, corruption, and money laundering.

This is a serious matter, and if found culpable, Mr Choksi should pay the penalty for the alleged crimes. It is our wish, however, that the law is well represented in dealing with the accused, and all those involved in the unfolding fiasco. It is visually apparent that Mr Choksi sustained physical injury, and there have been media reports which support the same. The Alternative Peoples’ Party (APP) therefore calls for the protection of Mr Choksi while in legal custody.
Article 5 of The United Nations Universal Declaration on Human Rights (UDHR), to which Dominica is a signatory, declares that “No one shall be subjected to torture or to cruel, inhumane or degrading treatment or punishment.” Our party strongly believes in this and every other article of the UDHR, and we pray that the rights of Mr Choksi’s wife and other family members will be respected as well. We support the legal due process hearings which are
currently underway in the Dominica Courts.

When the present cloud which hovers over this matter is settled, it is our wish that justice would have been served on all involved. We must do all in our power to ensure that our country’s image is safeguarded through this diplomatic impasse. As a party, we believe in the rule of law and peoples’ full protection under the law. We also believe in, and promote the people’s constitutional right to speak, especially on such serious matters. Let us, however, do so in a
responsible manner.

APP reserves any further comments until this matter is settled, and we call for a level of responsibility and public transparency in its resolution. We trust that the legal system will function to its full capacity in dispensing the best legal remedy to the Choksi matter.

We will continue to stand in defence of our country and its people.