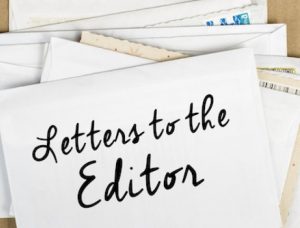 For many years I have been a supporter of the Dominica Labour Party. My household and I have always voted them. But we have come to realize that this new DLP doesn’t stand for what we believe and moreover the country could have been more advanced and this since before Maria. I am not a diasporan, I am right here In Dominica. I believe it’s time for a change in Dominica. We need a break from this DLP government. So I have been thinking which one? I don’t trust the DFP. I don’t like the UWP.

I repeat I don’t like the UWP but I love Dominica. And this time around a vote for change is a vote for Dominica.
Now let me get to the real reason for this letter. I am one but the voice of many. I have listened to fellow Labourites who want change like me; I have listened to Labourites who are blinded by their love for their PM or some who just think that the country is okay how it is. I have also listened to the UWP supporters. And they all make sense in their own way.

They all say the same thing: the Opposition Leader needs to make some changes to his personality if the party wants to win the election.

Mr. Opposition leader you need to step down to the level of the people. You need to give the people what they want.

1. Smile for those around you. You will make your supporters happy and you might just gain someone from the other parties. Charm them with your smile.

2. Mingle with the people; don’t stand in the corner and keep to yourself when in a crowd.

3. Go out there find out which of the elderly that’s not being taken care of and help them. You don’t need much. The diaspora is with you. They will help you. If you can help at least 2 people from each constituency that would be great.

4. Undertake a project to fix at least one road (the people are playing ignorant nowadays, they know that’s not the role of the opposition but that’s what they want).

5. Stop focusing on corruption. Some people care but most don’t – especially as long as they are getting a little something, or hope to.

6. Get someone else in the party to talk about corruption and to expose the government. But YOU focus on what your party will do for people and how they will be better off and happier with you.

7. Take trips to get investors and friends of Dominica, not to waste your time talking about the PM.

8. You are an intelligent man, even more than the PM himself – and he knows it. That’s why he’ll never debate you one on one. The people are saying you have no education. Well do a bachelor’s degree in political science online or whatever and let the people know you are doing it.

9. Meet the young people both in home and on the block. Greet them. Talk with them. Find ideas from them. The youth have great vision.

10. Have more charisma. Don’t be scared to shake hands with people. Listen to the voice of the people not Workers alone, but all the people of Dominica.

11. Go out meet the common man on the street, by the bay etc… Educate them. Those that are already educated have made up their mind already. They are either for or against corruption. But the common man and the uneducated need to be educated. Meet the forgotten ones, the poor farmer who are trying to make ends meet.

12. Do what it takes to convince the people who want nothing to do with Labour anymore but who you haven’t been able to convince to vote for your party.”

13. Rekindle the youth arm of workers and the women arm. They play important roles.

14. Try to get your team to plan some activities in their constituency. For example game night, BBQ, sporting activities etc.

Sincerely,
A concerned citizen and A turning voter