“I am a patriot and stand on principle and as such, I won’t be purchased…”

That’s how Anette Thomas-Sanford, the United Workers Party (UWP) candidate for the Salybia constituency is responding to what she said were efforts by the Dominica Labour Party (DLP) to pay her to not contest that seat for the UWP.

Sanford, who recently replaced Dermatologist, Dr. Worrel Sanford as the UWP candidate for the upcoming general election, told UWP supporters at her launching ceremony in the Kalinago Territory on Sunday, that she was offered $120,000 by strategists of the Dominica Labour Party (DLP), including the prime minister, and her reinstatement in the nursing service with promotion within two days on condition that she withdraw from the race as the UWP candidate.

“I am pleased to inform you that I flatly rejected the offer,” Thomas-Sanford revealed. “I am a patriot and stand on principle and as such, I won’t be purchased by the purchaser-in-chief: Roosevelt Skerrit. A hundred and twenty thousand dollars [$120,000] is not enough for me to surrender my pride, I, Anette Thomas Sanford, do not and will never, ever be bought.”

Sanford told Salybia constituents that she has chosen to stand on principle, knowing that it’s a lonely road “because many don’t see the value in serving country with pride and dignity.”

She added, “I am not for sale and my people are no longer going to be subjected to the whims and fancy of Roosevelt Skerrit and those who represent him. Waving money in my peoples’ faces while taking away our ten million dollars, is a practical joke and the outgoing government will be the laughing stock of the nation and the world.

Sanford went on to say that two months after she refused the DLP’s offer, “one of our Kalinago health professionals, [Dr. Theodore Thomas] and the chief surgeon at that, wrote to the Ministry of Health indicating his interest to renew his contract as is customary, and the Skerrit Cabinet has not even acknowledged the correspondence.”

She said this Kalinago health professional is still waiting and hoping and praying for the opportunity to serve the people.

“What will it take for some among us to see that the outgoing government is not good for our people and the country?” Thomas Sanford asked.

She promised that in the new era of development under the stewardship of Lennox Linton and Team Dominica, “we will appoint all the Kalinago health professionals in permanent roles with the government of Dominica.”

She went on to say that the outgoing party has inflicted great pain on not only the indigenous people of Dominica, but the entire constituency to include Atkinson and Antrizzle.

“People have been dis-empowered; some have migrated, others have given up and a precious few have even died,” Sanford stressed. “Yes, many of our people have died waiting on that false promise from an incompetent bunch which is all about self-interested aggrandizement…”

Sanford vowed to continue the mission, started by generations before, to fight for the sustenance of the Kalinago people as a “very privileged part of such an illustrious team of true patriots and professionals, the candidates and members and the resolute leader of the United Workers Party – Team Dominica.”

“There will be change in the Salybia constituency, come December 6, 2019,” Thomas-Sanford insisted. “The people will make sure of that.” 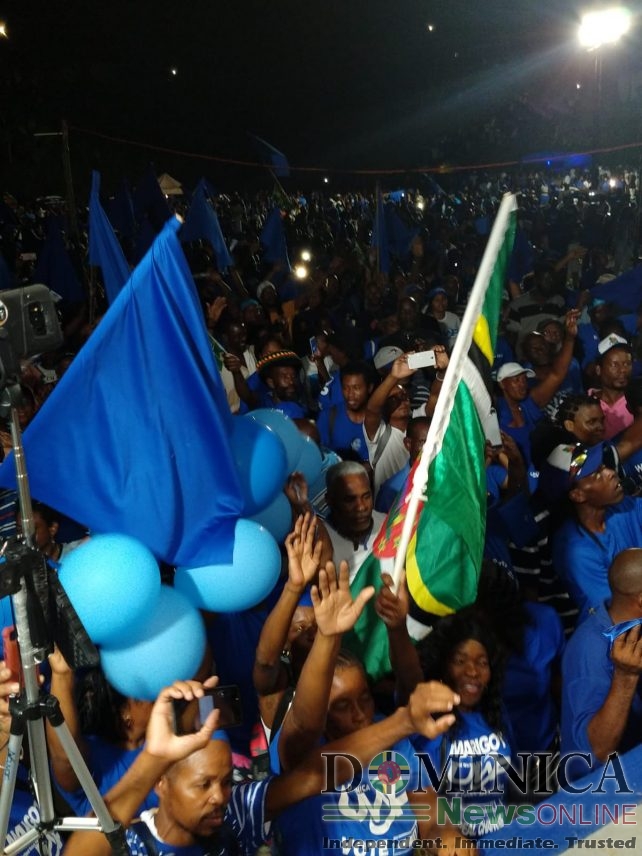