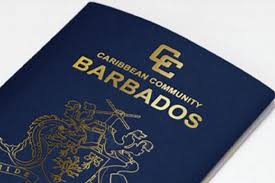 In the wake of a recommendation by the International Civil Aviation Authority, the Barbados Immigration Department has started phasing out machine-readable passports in favour of an electronic passport (e-passport) according to a GIS Barbados report.

This change will affect anyone applying for a new passport or those seeking to renew their existing passport: they will all receive the new e-passport.

The Chief Immigration Officer Wayne Marshall explained that the new travel document is biometrically enabled with a chip and antenna in the cover that enhances the security features.

Marshall went on to explain that these new passports are more difficult to replicate due to the technology included in the chip in the actual cover of the passport.

Previously Barbados and most developed countries used machine-readable passports that contained scannable data in an optical character recognition format on the identity page. These new e-passports will contain all the bio-data of the individual encoded in the chip. These chips also make the passport more difficult to replace for any reason.

Marshall emphasized the point that the more security features a passport had, the more accepted it was by countries around the world.

“Barbados is moving towards it because of the security features and to maintain the high standard of the Barbados passport,” he stated.

Barbados will continue to accept machine readable passports along with the e-passports until they are phased out gradually.