One building was destroyed and three others were affected in a fire which occurred in the village of Mahaut on Sunday night.

“Two of the other buildings suffered damage to their roofs and one had damage in one of the bedrooms and the fourth had some scorching damage done to it,” leading fire officer Wayne Letang told DBS radio Monday morning.

Letang said an elderly female occupant of one of the affected buildings had to be taken to hospital for observation.

However, according to him, based on the fire department’s investigations, no other injuries were reported as a result of the fire.

Letang said that the fire department is still trying to determine the cause of the fire and the extent of the damage, as its investigations continue.

The fire occurred on the seaside section of the road close to National Cooperative Credit Union (NCCU) building in Mahaut. 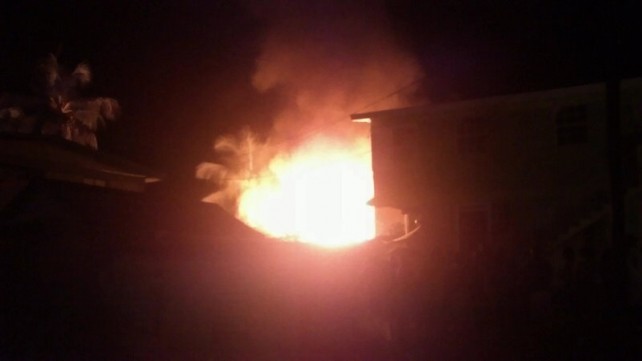