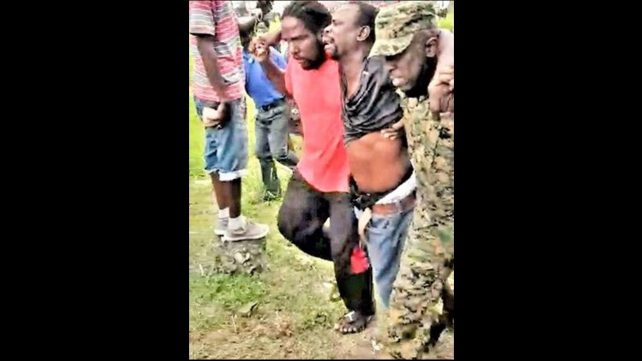 Three months after some bus drivers in Dominica took protest action, the police have laid four charges against Esrome George, one of those involved in the protest.

George will, later month, appear before the Roseau Magistrate court to enter a plea in the matters.

On the morning of  April 12, 2021, several bus drivers mainly from the west coast embarked on a “go-slow” protest action from Massacre resulting in a traffic jam stretching in a northerly direction all the way to Jimmit.

Later that morning, the bus operators parked their vehicles in the center of the street in Canefield near Auto Trade,  blocking access to both the north and south of the island.

The bus drivers said their protest action which left large numbers of commuters stranded, was to force the government to provide  “much-needed assistance” because of the financial impact on their business, of the COVID-19 pandemic and a rise in the price of fuel.

At some point during the protest, there was a clash between the Police and the protesters and George was later seen being carried away.

George had stated his intent to file a lawsuit against the police because of what he believed was the use of excessive force against him by the law enforcement officers. However, on July 15, 2021, four charges were preferred against him which include, assault, battery, obstruction of justice and resisting arrest.

According to the police complaint, it is alleged that on April 12, 2021, at Canefield, George committed the aforementioned offenses against  Malcolm Williams, a member of the Commonwealth of Dominica Police Force (CDPF) while in the execution of his duty.

George is to appear before the Magistrate court on July 30, 2021.

Viral video of the incident is included below: