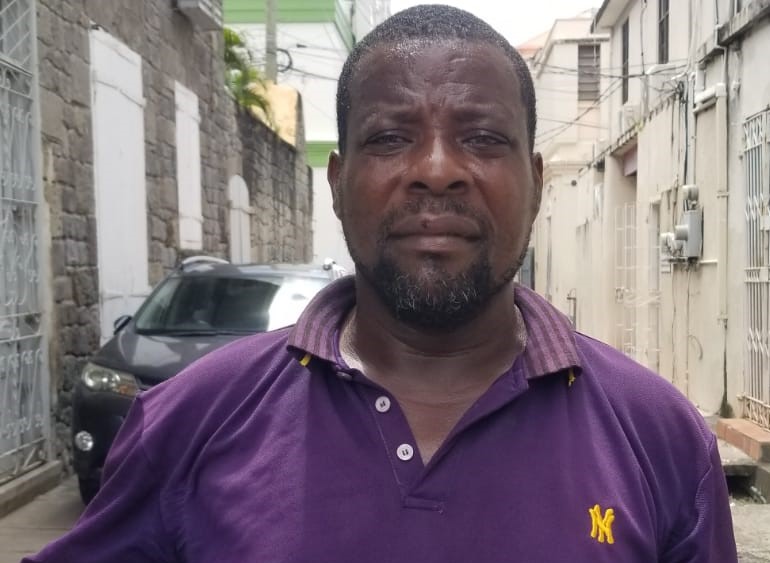 A Grand Bay bus driver who has publicly announced his intention to contest the upcoming by-election in his constituency as an independent candidate, says he is not intimidated by the Prime Minister’s proposed candidate, Dr. Vince Henderson.

Julius Gabriel popularly known as Handbag, told Dominica News Online (DNO) that he decided to enter the race because of what he described as the lack of “real leadership” and representation in his constituency, qualities he claims to possess.

The pending race is to fill the parliamentary position left vacant by the September 1, 2021 death of former MP for that constituency, Ed Registe.

However, Gabriel is firmly of the view that his fellow constituents do not need another politician who is not attuned to their needs but a “roots man” like himself who would be able to bring about change in the community.

“The only time we, the Grand Bay people, seeing Vince in the area is now. Vince is not from Grand Bay so how can he possibly represent us in the House. I was born and raised in Grand Bay so I know what is best for my people,” he stated to Dominica News Online (DNO).

Gabriel dubbed the Prime Minister’s nomination a “slap in the face” to other qualified labourites who he said could have contested the by-election on a DLP ticket.

If elected, the bus driver is promising to bring economic growth to Grand Bay and to restore the lack of unity in the constituency, which he claims has been unfairly treated by the Dominica Labour Party (DLP) despite the decades-old loyalty of constituents.

“Grand Bay should be Dominica’s third town but all candidates we get they make promises and we hardly see it when they get voted in,” Gabriel noted. “Nobody should have to beg a parlrep for help even if you didn’t vote for him; so that is something I want to change.”

The would-be parliamentary representatives proposed development plan for the Grand Bay constituency includes increasing the rates of employees of the National Employment Programme (NEP), creating more jobs through resources available in the constituency and petitioning for better facilities for the youth to recreate.

“Grand Bay constituency keeps getting poorer and poorer and that is not the Grand Bay that I know. So we need a change and I don’t think politicians can bring those changes. We are the people who feeling the heat, so is us to change things, not an outsider,” Gabriel argued.

The bus driver says since his announcement to contest the by-election as an independent candidate, he has received massive support from fellow bus drivers who have attached white flags to their vehicles.

He said he will be nominated tomorrow, (October 28,2021) following which a symbol will be provided to him by the electoral office and his campaign will officially begin.

Of the three opposition parties in Dominica, only the Alternative People’s Party (APP) confirmed with DNO its decision to field a candidate in the by-election but has withheld the name of that individual. Both the United Workers Party (UWP) and the Dominica Freedom Party (DFP) told DNO that they are not ready to announce a decision as the matter is still being discussed.