The event started off at five thirty with a live Dj, Dj Mystic who provided music to help the audience danced themselves into shape.

The mike was then passed on to Josiah Moses the fitness instructor at the Jollys Pharmacy Fitness University, who led the hour long afternoon cardio work out. The event was described as quite successful as the enthusiasm in the air was felt not only by the crowd but by the Jollys Pharmacy staff as well who helped make it the success that it was. With an eye on the chronic non-communicable diseases (CNCDs) epidemic, the cardio jam provided an energetic, health-building workout to help fight disease and get into shape.

According to Mr. Malcolm Pendenque from Jollys Marketing Department, the event is intended to be regular one, which will take place on the second and fourth Tuesday of every month. Citizens and foreigners are encouraged to come and take part in the aerobic sessions in the effort to fight against the chronic non-communicable diseases (CNCDs) epidemic. 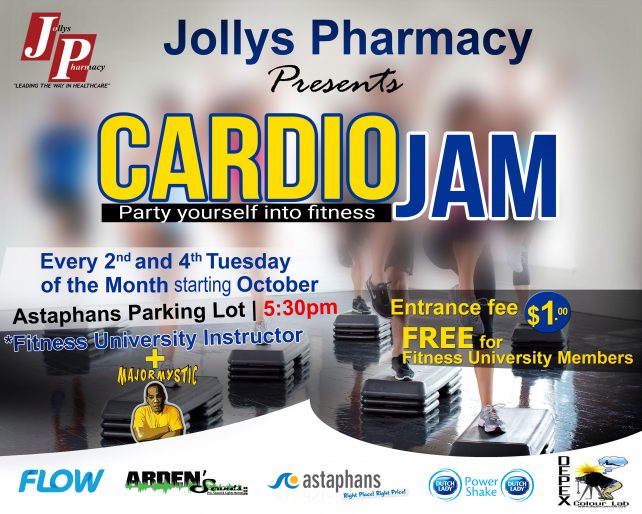