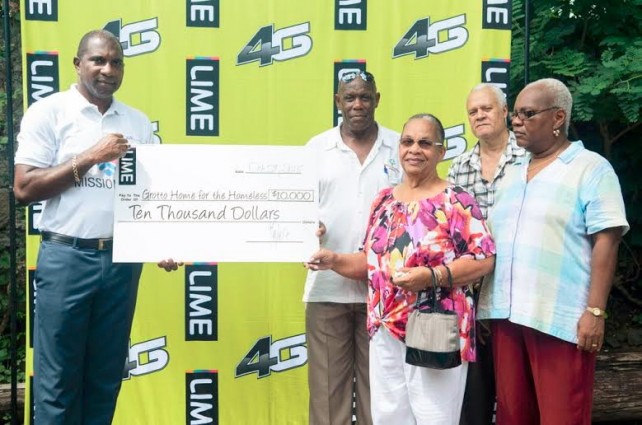 An act of generosity by LIME Dominica will help fast track the move of the Community Hostels Inc., more commonly known as the Grotto Home for the Homeless to its new location at Bellevue Rawle in Stockfarm. A ten thousand dollar donation made to the institution is expected to assist with the finishing touches required for the move.

The ten thousand dollar cheque presentation was made by LIME’s General Manager Jeffrey Baptiste during a function at the Grotto Home on Thursday 29th, October 2015 to mark the company’s ‘Mission Day’ activities.

Mission Day took all of LIME’s staff away from the office for a few hours on Thursday to host a ‘Random Act of Kindness’ for the residents of the Grotto Home for the Homeless. The initiative allowed all LIME employees the opportunity to serve warm meals, and refreshing drinks to the residents. Once satisfied that all the residents, staff and the members of the Board of Directors were served, the LIME team was happy to settle down and share a meal with the Grotto family.

LIME’s General Manager Jeffrey Baptiste said the feeding initiative and donation to the Grotto Home for the Homeless can be described as one of his proudest moments. “It felt extremely satisfying to see the genuine smiles on the faces of the residents as they enjoyed the meal served by our team” said Mr. Baptiste. The LIME GM also noted the urgent need for the residents to move to the comfort of their new home as the motivation for the ten thousand dollar donation.

Meanwhile, President of the Grotto Home for the Homeless Ainsworth Irish confirmed that the funds will assist in advancing the transfer from the current home to the new location. He further expressed his gratitude to LIME for the Random Act of Kindness gesture and for the cash donation.

Similar sentiments were shared by Supervisor Lucia Blaize-Jones who said her residents were very thankful to LIME for taking time away from their work day to spend time with the residents of the Grotto Home. Mrs. Blaize-Jones said the funds donated is deeply appreciated and will help greatly in giving the residents the long awaited joy of relocating to their new home.

LIME Dominica has been a benefactor of the Grotto Home for over a decade contributing monthly towards the sustenance of the Home. 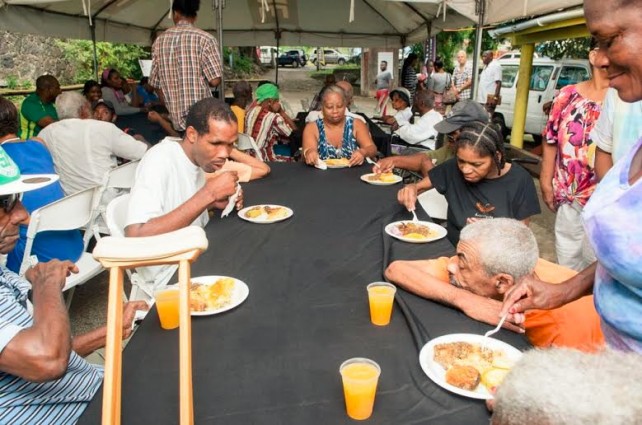