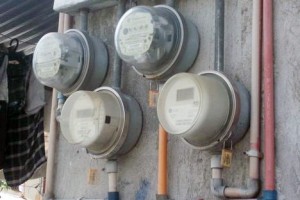 Dominicans may have to dig deeper into their pockets to pay for their electricity bills as drought conditions are affecting DOMLEC, the island’s sole provider of electricity, and its capacity to generate electricity at its hydro facility.

Speaking on DOMLEC’s radio show “Power Talk” the company’s general manager, Collin Cover, said late last year and in early 2013, Dominica experienced “the right type of rainfall” and the company was able to generate “good production” from its hydro electricity plant and according to him, that helped to drive the cost of fuel surcharge down.

However, from the first week of February, the rains have not been forthcoming and this is going to affect the price of the surcharge. “We are having a rough time …the price of fuel is contuning to climb again,” he said. “We are in the Kawem (dry season) and so our hydro is not giving us the the sort of relief that we would like it to give.”

However, he noted that the matter is “a seasonal thing and we are expecting come May, the hydro will start production again and should help us defray the cost of the fuel.”

Cover did not specify when any new price hike will be reflected in customers bills, nor did he say how much of a hike there will be.

He is appealing to residents to make the conservation of electricity ‘a lifestyle.’

“What I would really like to say to customers, they should simply have conservation as a lifestyle,” he noted. “My feeling is that even if something is cheap, it should not be wasted … and I am not saying the power is cheap, it is very expensive …I will encourage people to get conservation as a way of life not just necessarily when the fuel surcharge is high…”